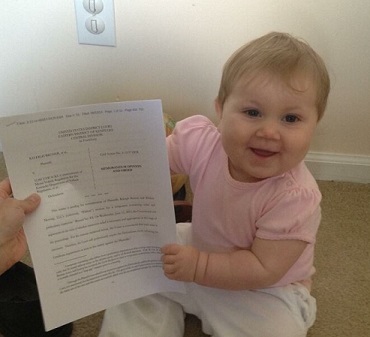 George Will’s New Year’s Day column focuses on PLF’s victory on behalf of Kentucky entrepreneur Raleigh Bruner and his moving company, Wildcat Moving. As Liberty Blog readers will recall, Bruner’s company was almost shuttered by a state law that said you couldn’t run a moving company without first getting permission from the state’s existing moving companies! Absurd as it may sound, this kind of law, called a Certificate of Public Convenience and Necessity, or Certificate of Need (CON) law, is—sad to say—on the books in many states, governing a wide variety of industries, from taxis and limos to moving companies and even hospitals. These laws say you can’t get a license to run your business if the existing companies object to you getting one. When they do object, you’re forced to go to a government agency and prove to a group of bureaucrats that there’s a “public need” for a new moving company or taxi company or what have you. What does “public need” mean? Nobody knows.

We challenged the Kentucky CON law and in February, the federal district court declared it unconstitutional, noting that the entire system was rigged against entrepreneurs—not to protect the public from fraud or anything, but just to protect established companies against legitimate competition. This deprived Bruner of his constitutionally protected right to earn a living. As Will notes, this was the first time a federal court struck down a CON law under the Fourteenth Amendment since the New Deal. And we can cross our fingers that it indicates that courts are increasingly willing to take economic liberty—which Justice William Douglas called “the most precious liberty that man possesses”—seriously.

Judicial tolerance of CON laws is a result of judges embracing the “rational basis” excuse for retreating from judging. Such judges are either confessing that they cannot fathom basic political processes, or they are saying that they cannot trust themselves to recognize brazen, unapologetic rent-seeking when they see it. It is, however, possible to hope that what happened in Kentucky is a harbinger of judges returning to judging, thereby doing something rare in government — rethinking a wrong turn.

PLF isn’t resting on its laurels. Our economic liberty project is already in court challenging Nevada’s CON laws now—the Silver State has the most anticompetitive licensing law in the nation—and we’ll be announcing some new challenges soon.

You can read the rest of Will’s column here.