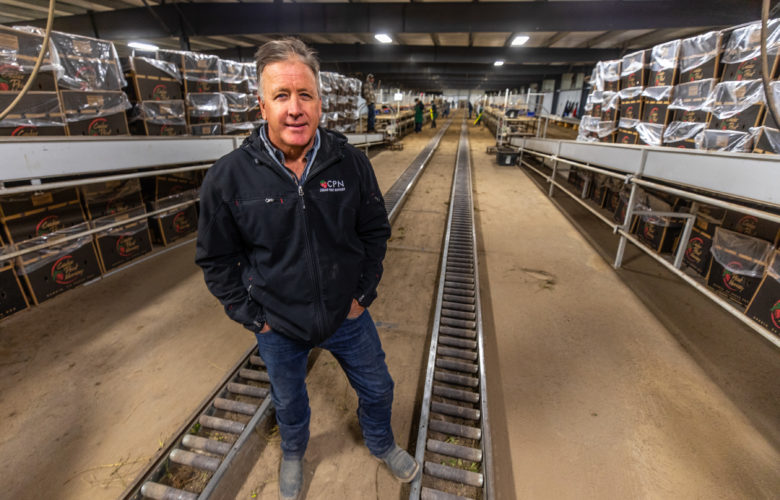 ***Editor’s note: Mike Fahner won his case at the Supreme Court in June 2021. The Court decision in Cedar Point Nursery v. Hassid rules that the government cannot force people to allow third parties to trespass on their property.

Mike Fahner is the founder and CEO of Cedar Point Nursery, a strawberry farm in Butte County, California.

If you’ve ever enjoyed the sweet, refreshing taste of a strawberry on a warm summer’s day, you most likely have Cedar Point Nursery to thank. Mike’s farm raises strawberry “mother plants,” which are then sold to a few growers in the region who are responsible for about 85% of the strawberries Americans consume.

Mike isn’t a newbie to the world of agriculture; you might even say that farming runs in his blood. As a kid, his father ran a potato farm, where Mike began working in 1988.

A decade later he set out on his own and started Cedar Point, turning it into the thriving company it is today and providing jobs to 500 people.

Like any agricultural operation, Cedar Point’s busiest time of the year is harvest season—a short window of time lasting only about six weeks. During this hectic time, Mike hires 400 seasonal employees in addition to his nearly 100 full-time employees to keep up with his crop production and provide the country with delicious strawberries.

The 2015 harvest season seemed just like any other. Mike and his employees arrived before the sun rose on a crisp autumn morning, when the mother plants are ready to be harvested, ready to get to work.

Time, as they say, is money and this is especially true during harvest season. But time was stolen from the Cedar Point employees when a group of uninvited activists from the United Farm Workers union barged onto the nursery’s property waving flags, blasting bullhorns, and yelling at Mike’s employees urging them to unionize.

To say this barrage was a disruption of the workday would be an understatement, as video footage shows.

“None of us had ever experienced anything like that. We’ve never seen a UFW flag,” said Mike. “We had absolutely no forewarning. This was an attack of monumental proportions.”

But Mike wasn’t the only one startled by the commotion UFW was causing.

“It was dark and there was a lot of them, so you’re scared, and you don’t know what they’re planning on doing,” said lower elevation manager Matthew McEwen.

Why were United Farm Workers there in the first place? Because a California state law allows private-sector unions to come onto private property for three hours a day, 120 days out of the year, to recruit workers into joining their ranks.

While the unions are required to give notice, UFW gave notice the very same day it invaded Cedar Point. The nursery filed an unfair labor practice against the union, given their “tardy” notice. The Labor Board, however, dismissed the charge.

So when the UFW came stampeding through the doors, effectively storming Mike’s castle, his workers were frightened so badly, some ended up leaving work for the day.

The UFW’s actions were technically legal. The Access Regulation, as it is called, does not allow for disruptive behavior, but what constitutes “disruptive” behavior is not always so easy to determine. What’s most infuriating about this aspect of the law is if an employer obstructs a lawful access attempt, he or she can be subject to an unfair labor practice charge by the union, which is what happened to another agricultural company when it tried to prevent the union from gaining access.

Mike had no recourse. Police could not legally remove the activists, so he and his employees were forced to endure this disruptive abuse until the commotion eventually died down.

Thanks to this law, however, the whole nursery remained on edge, wondering if and when the union members would return.

Imagine that if a group of vegan activists were to storm onto a cattle rancher’s land screaming at workers telling them to abandon their practices, the police would be called, and they would be charged with trespassing.

The same is true if you or I were to barge onto someone else’s land.

So why are private-sector unions like the UFW fully protected by the State of California?

To be sure, unions as a whole are not necessarily bad or ill-intentioned. Many exist to fulfill their mission of helping protect worker safety and well-being.

However, the government should not be in the business of allowing certain groups to violate property rights and disrupt a busy workday.

These actions do not empower workers to unionize. In the instance of Cedar Point, the spectacle made employees uncomfortable.

Forty-five years ago, when the law was enacted, reaching workers to inform them of their options to join a union wasn’t so simple. The internet didn’t exist, and information traveled much slower than it does today. Not to mention, many seasonal workers lived on their employers’ farms, so it was much harder to know their options and easier for business owners to block this information.

This isn’t how the industry operates anymore.

Now, any worker feeling compelled to join a union need only do a quick Google search and, in seconds, have at their fingertips all the information needed.

Yet, this outmoded law has continued, and unions have decided that fear tactics and property rights violations are the best method of recruitment.

There are most certainly some companies that treat their workers unfairly. But Mike’s nursery isn’t one of them, as is evidenced by his many long-term employees who have worked at Cedar Point for decades.

“I feel bad because I believe the company has never treated us bad,” one worker commented.

Mike’s employees are paid above the market rate. They are given generous benefits and a safe and clean environment to work in each day. If his employees truly felt exploited, they had and still have every opportunity to join UFW and strike against Cedar Point…but none of them has chosen to do so.

Sales representative Victor Garcia, whose initial role was pulling weeds, complimented Cedar Point, saying “You don’t get these kinds of opportunities in other workplaces.”

With harvest season as short as it is, Mike didn’t want to live in fear of this instance occurring over and over again during a time when the nursery was swamped.

He was not content to sit back while he watched his property rights, upon which our country was founded, desecrated.

Relentless in his commitment to his guaranteed constitutional rights, he decided to fight back and contacted his attorneys.

“We had to defend ourselves. Where in this world can someone invade your house or your place of business with a bullhorn, disrupt everything you’re doing, walk out, and not face any repercussions? How is that not considered illegal, or an infringement on your private property rights?”

Luckily, he wasn’t in this fight alone.

Recognizing the unconstitutionality of California’s law, Pacific Legal Foundation came to Mike’s aid, representing him free of charge in court.

But Cedar Point Nursery is not the only company refusing to sit back while property rights are trampled.

Much like Cedar Point, Fowler treats its employees incredibly well, with onsite doctors and cafeterias with free food available to them around the clock. These are not oppressed workers. No one was looking to unionize.

Yet, Fowler Packing was legally forced to endure this massive disruption and blatant disregard for property rights. The union attempted a few times to gain access, but Fowler prevented them from coming onto the property.

The right to exclude

The Unites States Constitution puts limitations on what the government can do to limit individual property rights. A major part of those rights is right to exclude people from your property. You wouldn’t be forced to let a solicitor in your home—why on earth should you be forced to let a private-sector union enter your property?

There is no difference between the two.

While the initial lawsuit lost in the lower courts, PLF filed a petition for certiorari—a request for the Supreme Court to hear its case and, hopefully, invalidate California’s unlawful regulation.

PLF believes, as the Constitution also states, that the California government cannot grant private actors the ability to take an easement on someone’s private property.

An “easement” is what it is called when a person is given the right to access and use another’s land. A person is free to grant someone an easement, but they can’t just take it without compensation.

The Takings Clause of the Fifth Amendment protects individuals from this occurring, stating, “Nor shall private property be taken for public use, without just compensation.”

In the case of Cedar Point and Fowler Packing, no just compensation was given by the state.

The ruling in this case could have significant consequences across the entire country.

If the Supreme Court rules against Cedar Point, governments would be more empowered to give third parties access to property, as long as the takings weren’t 24 hours a day, seven days a week, 365 days per year.

But if PLF is successful in securing the sacred property rights of both Cedar Point Nursery and Fowler Packing, the Fifth Amendment will be upheld and all property owners can rest assured that the government can’t justify passing laws that allow their property to be taken without compensation, even if this “taking” occurs only during government-approved time increments.

A win would also mark PLF’s 13th victory in 15 cases litigated before the Supreme Court—reaffirming PLF as the nation’s preeminent advocate for property rights and a true testament to PLF’s relentless pursuit of freedom.

The Hill: Property rights are fundamental to a free society — and to conservation March 29, 2021 I By JONATHAN WOOD

Orange County Register: The Supreme Court must protect the property rights of California farmers March 23, 2021 I By JAMES BURLING