Anaheim school district soon to be in court 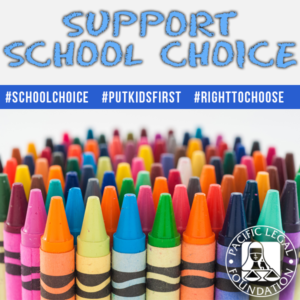 forces to support a group of elementary school parents who were sued by the Anaheim school district. What did the parents do to warrant legal action? As we previously discussed, they invoked California’s Parent Empowerment Act, also known as the “parent trigger,” and petitioned to convert Palm Lane Elementary into a charter school. Seeking to avoid the fact that schools that continually fail to make academic progress can be converted into charters if a majority of parents pursue that avenue, the Anaheim school district sued the petitioning parents and asked the court to declare that the Parent Empowerment Act was suspended during the relevant year.

Fortunately, the district court denied the school district’s request and held that the district must move forward with the parents’ petition for conversion. Shamelessly unwilling to take no for an answer, the school district then appealed. I say shameless because it has been over two years since Palm Lane parents petitioned to convert their children’s school into a charter. As a result of the appeal, children attending Palm Lane have had to endure two additional years in that failing school.

Thankfully, the end of this saga may be in sight. Next month, the 4th District Court of Appeal will hear oral argument on the appeal. And due to California’s 90-day rule, we can expect a decision by the end of May. Hopefully, the Court of Appeal will honor the Legislature’s purpose in enacting the Parent Empowerment Act and allow Palm Lane parents to finally, if belatedly, give their children the education they deserve in 2017.