Are all of Obama’s national monuments permanent? A new AEI paper says no 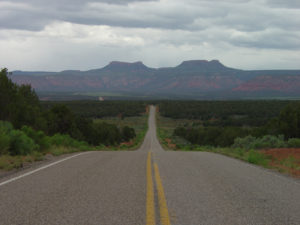 President Obama broke the record for the number of national monument proclamations he issued and the millions of acres of public lands he locked up for such monuments. A few weeks before he left office, President Obama abused the Antiquities Act of 1906 again to proclaim 1.35 million acres in Utah and 300,000 acres in Nevada to be new national monuments. White House officials claimed that both monuments were “permanent” because there was no express authority to reverse them.

As Professor (and new Pacific Legal Foundation trustee) John Yoo and I explained in a Wall Street Journal op-ed a few months ago, and here in Liberty Blog, Obama’s claim of permanence will be about as effective as the one by King Ozymandias in Shelley’s poem.

On Wednesday, March 29, the American Enterprise Institute will release a new paper John Yoo and I wrote, “Presidential Authority to Revoke or Reduce National Monument Designations,” which explains why presidential decrees are not “permanent” under our constitutional order, especially not pursuant to the Antiquities Act of 1906. [Update: The paper is now available here.] That afternoon on Capitol Hill, Senator Mike Lee (R-Utah) is hosting an event in the Senate Energy and Natural Resources Committee Hearing Room on the release of our paper.

Senator Lee and House Natural Resources Committee Chairman Rob Bishop (R-Utah) will provide opening remarks at 4:00 p.m. Eastern time, followed by a panel discussion with Yoo, me, and critical commentary by Arnold & Porter retired partner Robert Rosenbaum. Mr. Rosenbaum is Chairman of the Mid-Atlantic Regional Council of the National Parks Conservation Association, and he took issue with the WSJ op-ed John and I wrote. He kindly agreed to read our draft paper and present his views. I hope we convince him, but as an advocate for his organization that wants no monuments revoked or significantly reduced, I trust he’ll find some things to dispute. We look forward to engaging with him.

In our paper, Yoo and I argue that claims that presidential proclamations can’t be undone get the constitutional principles and legal presumptions exactly backwards. The text, history, and executive practice under the Antiquities Act, as well as foundational constitutional principles, provide for presidential discretion in the creation and revocation of national monuments. Moreover, the President’s discretion to significantly change monument boundaries, including substantial reductions in a monument’s size, is strongly supported by the text of the Act, its legislative history and purposes, and unbroken presidential practice going back to the early years of the act’s history.

The new AEI paper also makes news by questioning a 1938 Attorney General opinion with new insights into an 1862 Attorney General opinion and by revealing new historical research not covered in prior scholarship on the Antiquities Act. We also discuss the special legal problems with monuments declared on the high seas, which is international territory that the United States neither owns nor controls.

As part of the PLF legal team for a group of fishing associations in Massachusetts Lobstermen’s Association v. Ross seeking to overturn the most recent illegal marine monument off the coast of New England, I hope to relate some of the real world problems with such abuses of the Antiquities Act. Besides such legal and economic problems, they are often are counterproductive to environmental protection. Yoo and I provide several reasons why that is so in our paper, including this sentence the AEI editors have decided to highlight: “Prohibiting fishing in vast grounds in the Atlantic or Pacific Oceans where fishermen have engaged in sustainable practices forces more concentrated activity in other areas that may trigger unsustainable impacts.”

If you are in the DC area on Wednesday and wish to attend the event on Capitol Hill, please RSVP here so you can ask your own questions during the formal presentation or at a reception that PLF is co-sponsoring with AEI and Senator Lee at 5:00 Eastern.