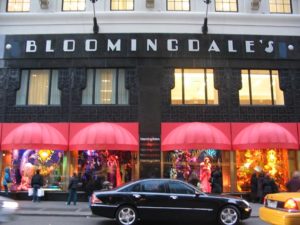 When the California Supreme Court invalidated yet another arbitration contract in yesterday’s McGill v. Citibank decision, I explained that a cert petition would almost certainly follow. PLF has supported many, many cert petitions challenging California’s anti-arbitration rules because we believe that competent adults have the freedom to contract to resolve disputes as they please. Freedom of contract preserves individual choice, underlies and enhances constitutional rights, and promotes a strong economy. Today, PLF filed an amicus brief in Bloomingdale’s v. Vitolo, supporting a cert petition that challenges a Ninth Circuit court ruling (applying California law) that prohibits enforcement of an arbitration contract that does not permit arbitration of claims seeking “representative relief”—a variant of the class action procedure. Specifically, the case raises the continuing problem of representative actions under California’s Private Attorney General Act. PAGA is a bounty hunter statute that deputizes employees to sue their employers for alleged Labor Code violations.

In this case, Nancy Vitolo worked for Bloomingdale’s for six weeks in 2008. She signed a contract promising to resolve any workplace disputes in an internal dispute resolution program that includes individual arbitration. She could have opted out of the arbitration provision but chose not to. Nonetheless, she sued in federal court alleging a variety of Labor Code violations and tacked on a PAGA claim for good measure. The district court compelled arbitration and Vitolo lost on the merits of all her claims. But while the case was pending, the California Supreme Court ruled in Iskanian v. CLS Transportation that employees cannot waive PAGA representative actions in favor of individual arbitration. The Ninth Circuit adopted this rule in Sakkab v. Luxxotica Retail. Consequently, Vitolo asked the district court to vacate the arbitration decision against her and let her try again in court. The Ninth Circuit, in an unpublished memorandum citing Iskanian and Sakkab, sent the case back to the district court for reconsideration, presumably to allow Vitolo’s lawsuit to proceed.

In AT&T Mobility v. Concepcion, the U.S. Supreme Court held that states could not invalidate arbitration contracts simply because the contracts provided for individual arbitration of claims; no class claims. Because of the similarity between class actions and “representative” PAGA claims, the employer in Iskanian sought Supreme Court review. Unfortunately, the petition was denied, resulting in lawsuits with tacked-on PAGA claims being used in both state and federal courts to invalidate countless otherwise-enforceable contracts. At the time of the Iskanian decision, the damage was restricted to contracts interpreted under California law. With the Ninth Circuit’s persistent application of the Iskanian rule in this case and others, the problem has now spread across the entire Western United States and threatens contracts nationwide. Now, it’s Bloomingdale’s turn to urge the Supreme Court to set things right. The Supreme Court remains the only body able to restore the freedom of contract undermined by decisions of the California Supreme Court and Ninth Circuit. PLF urges the Court to grant the petition.