Greetings from the Atlantic Center! 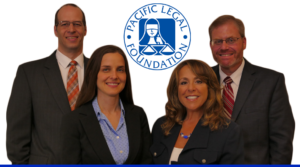 As the calendar moves through October, the Florida temperatures are cooling down but the work in the Atlantic Center is heating up!

On Thursday, our Director of Development Doug Kruse and I will speak at the Florida Farm Bureau‘s Annual Meetings in Orlando about the Clean Water Act, Endangered Species Act, and PLF‘s crusade to reel in the federal government’s efforts to control private property under the guise of those laws.

And finally, thanks to the great work of our east-coast in-house PLF press team, especially Kate Pomeroy and Collin Callahan, I have appeared all over this nation’s airwaves this month to talk about PLF’s important work for liberty. You can listen to my appearances on the Andy Caldwell show in Santa Barbara here, the Paul Malloy show in Tampa here, and my appearance on the Zeb at the Ranch radio show in Idaho here.