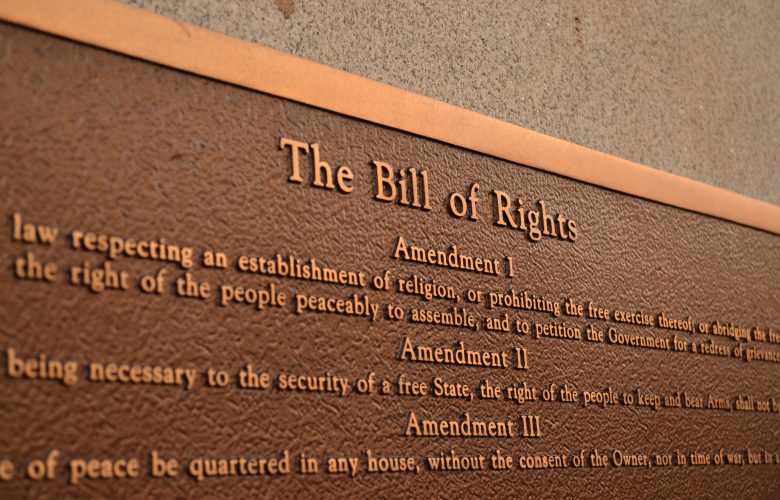 This is the third part in a series discussing the principles of the American founding, their embodiment in the United States Constitution, and the ways in which the Supreme Court has all too often negated these principles to the detriment of individual liberty:

As previously discussed, having successfully broken away from the mighty British Empire in the War of Independence, the Founders (soon to be the Framers) became tasked with the creation of a new system of national government that would both guarantee the liberty of each individual while also securing the support of each of the constituent states. Their solution was nothing short of genius. If the Declaration of Independence is the beating heart of the American republic, the United States Constitution is the body that brings it to life. The Constitution represents not only the ultimate expression of political compromise and level-headedness, but is the most envied, most copied, and most successful founding document in the history of the world. But that isn’t the end of the story.

Before the Constitution took its place among the annals of western civilization, its drafting and attempted enactment threatened to tear the fledging country apart. Despite efforts to remain unified, the Framers became divided into two camps: the Federalists and the Anti-Federalists. The Federalists advocated for the new Constitution, and the Anti-Federalists stood opposed to what they considered a far too powerful government that would swallow up the sovereign rights of both the states and the people. Including some potentially ambiguous clauses (which did indeed become problems down the road), the Anti-Federalists demanded the inclusion of a specific listing of individual rights that the new government would be prohibited from violating. The Federalists countered, perhaps naively, that the newly proposed federal government was be one of specific and enumerated powers, and therefore was incapable of exercising powers not specifically listed. Further, a specific listing might imply to future generations that only those rights included require constitutional protection, to the detriment of other unlisted rights. Eventually the two camps reached a compromise. Influenced by the Virginia Declaration of Rights written by George Mason, James Madison’s resulting proposed amendments encompass those natural rights considered most essential to the Framers, and thus qualified to be specifically protected from the new federal government. Seventeen of those amendments were approved by the House of Representatives, and of those seventeen twelve were approved by the Senate. Of those twelve, ten were ratified by the state legislatures.

If the Constitution’s system of checks and balances is the walls of a castle that keep federal power within its proper limits, the Bill of Rights is an individual suit of armor through which even constitutionally exercised power cannot penetrate.

First: The right to not have Congress establish an official state religion, or prevent the free exercise of any faith, free speech, the operation of the press, or the right to peaceably protest government actions to which we disagree.

Second: The right to keep and bear firearms for the protection of our persons, property, and individual liberty.

Third: The right to not have the government force us to house soldiers in our homes against our will during peacetime, and only in times of war as prescribed by law.

Fifth: The right to indictment by a grand jury, the right to be free from prosecution more than once for the same crime, the right to remain silent, the right to never be deprived of life, liberty, or property without full and fair due process of law, and the right to just compensation if the government takes our property for a public purpose.

Seventh: The right to a trial by jury in certain civil law suits.

Eighth: The right to be free from excessive bail, fines, and cruel and unusual punishments.

Ninth: Just because there are certain rights specifically listed in the Constitution does not mean, and does not diminish, the other natural rights retained by the people.

Tenth: The powers not specifically given by the people to federal government, are reserved to the states or the people themselves.

Upon examining this list, several things immediately jump out at us:

First are the Ninth and Tenth Amendments, perhaps the most important on the list as they represent vital compromises on the parts of both the Federalists and Anti-Federalists without which the country may not have been able to unite around the Constitution. The Ninth Amendment was meant to guarantee the Federalists that a specific listing of rights would not mean that other rights (like the right to earn an honest living) would be unprotected against the actions of the new federal government, and the Tenth Amendment to guarantee the Anti-Federalists that the new government would not diminish the residual powers of the states or the people. Of the Tenth Amendment, Thomas Jefferson (an Anti-Federalist) wrote: “I consider the foundation of the Constitution as laid on [the ground of the Tenth Amendment]. To take a single step beyond the boundaries thus specially drawn around the powers of Congress, is to take possession of a boundless field of power not longer susceptible of any definition.” Both amendments remain shockingly impotent at the Supreme Court.

Next, it is noteworthy that the Bill of Rights was originally only applicable to the actions of the federal government, and also did not represent a complete list of subsequently necessary rights (the Ninth Amendment notwithstanding). Many of the elements of the Bill of Rights only became applicable to the actions of state governments later through the passage of the Fourteenth Amendment, its guarantee of due process to the citizens of every state, and the so-called Incorporation Doctrine. Later amendments fully fleshed out and made concrete the guarantees included under the Declaration of Independence‘s promise of Life, Liberty, and the Pursuit of Happiness for all citizens: The Thirteenth Amendment abolished slavery, the Fifteenth guarantees the right to vote may not be encumbered because of race, and the Nineteenth does the same for sex. But there have also been some bad amendments: The Sixteenth Amendment allows the government to directly tax our incomes, the Seventeenth destroyed a carefully crafted feature of federalism by allowing the direct election of senators, and the Eighteenth, in the ultimate example of paternalism, attempted to outlaw the sale of alcohol. While judicially led constitutional rewriting has had a far more pernicious effect than the passage of any amendment, the U.S. Constitution has only been formally amended (the intended mechanism for its modification) seventeen times since 1789.

Lastly is the nature of the rights included on the list. Reflections of the broad categories of the included in the Declaration of Independence, the rights included in the Bill of Rights are negative rights, in that they do not describe what we must do, or what must be done for us, but instead describe our already existing natural or self evident rights to be left alone. As Justice Brennan would later describe it: “The Framers of the Bill of Rights did not purport to ‘create’ rights. Rather, they designed the Bill of Rights to prohibit our Government from infringing rights and liberties presumed to be preexisting.” The Bill of Rights also does not make any distinctions between the rights contained therein. It does not say “The First Amendment is super important, but the Second is probably outdated,” or “The Ninth and Tenth Amendments don’t really count.” Tiers of scrutiny, in which courts provide more protection for some constitutional rights rather than others (or not at all), are an invention of the Progressive Era which should be relegated to the dustbin of history.

Justice Robert H. Jackson once wrote: “The very purpose of a Bill of Rights was to withdraw certain subjects from the vicissitudes of political controversy, to place them beyond the reach of majorities and officials and to establish them as legal principles to be applied by the courts. One’s right to life, liberty, and property, to free speech, a free press, freedom of worship and assembly, and other fundamental rights may not be submitted to vote; they depend on the outcome of no elections.” May the Bill of Rights continue to restrain every governmental body, official, or majority that seeks to infringe its sacred and unalienable protections.