When President Trump announced that he selected Judge Neil Gorsuch as his nominee for the Supreme Court of the United States, PLF promptly released its statement recognizing that Judge Gorsuch is superbly qualified for appointment to the High Court. We can now dive deeper into his background and jurisprudence to explain why this is so.

Academically, few have better credentials for the Court than Judge Gorsuch. He attended Columbia, Harvard Law, and then earned a Ph.D from Oxford as a Marshall Scholar. While earning that Ph.D he met his wife, Louise, with whom he has two daughters. Upon graduation, he clerked for Judge David Sentelle on the D.C. Circuit, Justice Byron “Whizzer” White on the High Court, and also Justice Anthony Kennedy. He went into private practice and later served the nation as a deputy associate attorney general in the Department of Justice. In 2006, President George W. Bush appointed him to the federal Tenth Circuit, where following unanimous Senate confirmation he has served the country for the last decade or so.

Judge Gorsuch has used his time on the Tenth Circuit to earn a reputation as a writer of verve, clarity, and fidelity to the written text, be it a law under review or the Constitution itself. Upon Justice Scalia’s passing, Gorsuch shared his thoughts on the loss of the lion of the Supreme Court. Some of those comments also articulate the way Gorsuch approaches his role as judge:

[P]erhaps the great project of Justice Scalia’s career was to remind us of the differences between judges and legislators. To remind us that legislators may appeal to their own moral convictions and to claims about social utility to reshape the law as they think it should be in the future. But that judges should do none of these things in a democratic society. That judges should instead strive (if humanly and so imperfectly) to apply the law as it is, focusing backward, not forward, and looking to text, structure, and history to decide what a reasonable reader at the time of the events in question would have understood the law to be—not to decide cases based on their own moral convictions or the policy consequences they believe might serve society best.

To paraphrase: judges should not make the law, they should interpret the law. Judge Gorsuch understands his role and for that we should give thanks.

I would be remiss if I did not give an example of his writing that displays the verve and clarity I mentioned earlier. In a case known as Gutierrez Bruziela v. Lynch, Judge Gorsuch wrote a careful concurrence where he took on the judicial doctrine that calls on judges to defer to bureaucrat interpretations of the law. His opening says more in a few words than many lawyers or judges can say in pages:

There’s an elephant in the room with us today. We have studiously attempted to work our way around it and even left it unremarked. But the fact is Chevron and Brand X permit executive bureaucracies to swallow huge amounts of core judicial and legislative power and concentrate federal power in a way that seems more than a little difficult to square with the Constitution of the framers’ design. Maybe the time has come to face the behemoth.

The ability to turn a phrase like this likely led in part to President Trump’s decision to nominate this good man to the greatest court in the land. Understandably so.

PLF will publish its weekly podcast Courting Liberty later today; in that podcast my colleagues Todd Gaziano, our Executive Director in D.C., and Tony Francois, a senior attorney with PLF, and I will discuss what a Justice Gorsuch could mean for the future of the country. Turn your radio dial to our podcast page here and look for that podcast very very soon! 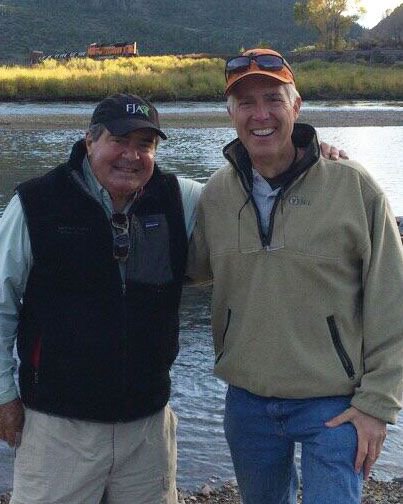