Blog > Issues > Separation of Powers > This regulation could put every small vape manufacturer in the U.S. out of business by May 12 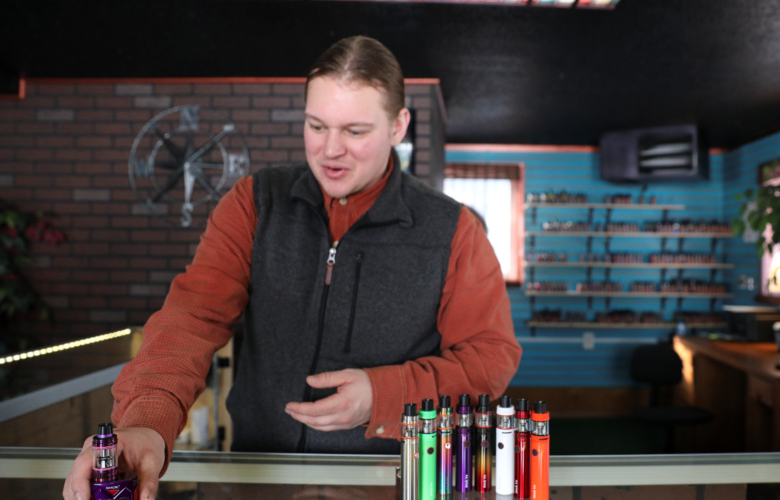 In 2009, President Obama signed into law the Tobacco Control Act, which put new regulations on all tobacco products sold in the U.S. Then, through bureaucratic sleight of hand, the Food and Drug Administration declared that all vaping products—even though they contain zero tobacco—would be regulated as if they were tobacco products. This regulatory overreach is unconstitutional.

Now a looming regulatory deadline threatens to put every small vape manufacturer in the U.S. out of business before summer.

Vaping is not smoking

Vaping products, like e-cigarettes, vape pens, and refillable personal vaporizers, heat “e-liquids” into a vapor that can be inhaled. E-liquids come in various flavors, with different concentrations of nicotine or no nicotine at all. In other words, whatever one thinks of vaping, it is not smoking tobacco products. People have actually used vaping products to quit smoking, and some vaping business owners started their businesses to help others quit. Even the FDA has acknowledged the potential benefits of vaping.

The FDA regulations on vaping, called the “Deeming Rule,” impose millions of dollars’ worth of fees on vaping businesses. This has already priced many small companies out of business and could potentially leave the vaping industry under the complete control of the major vaping manufacturers and tobacco companies.

The Deeming Rule requires all vaping manufacturers and retailers to get the FDA’s permission to sell “new tobacco products,” defined as products that were not on the market as of the arbitrarily chosen date of February 15, 2007. (Again, contrary to what the FDA says, vaping products do not include tobacco, and e-liquid makers do not make tobacco products.)

To get permission, a manufacturer must submit to the FDA—by May 12 of this year—an application for each and every different version of an e-liquid it makes. And because vaping manufacturers craft e-liquids with different flavors, different levels of nicotine, and in different sizes, even small manufacturers can have hundreds if not thousands of different e-liquid “products.”

The FDA estimates that it costs between $117,000 and $466,000 for each application. So, for example, if a vaping manufacturer produces 25 flavors of vaping liquid, each with four different nicotine levels, he or she would be required to submit 100 separate applications—at a cost of around $25 million. And if that manufacturer offered those products in two different sizes, the costs double. All of this, just to stay in business—assuming the FDA doesn’t deny their applications.

Vaping businesses being forced out of business

Because of these massive regulatory costs and uncertainty about what the FDA will do, many small vape shops and manufacturers have already been forced to close their doors. But even more despicable is that the FDA expected these businesses would close.

According to its own regulatory analyses, the FDA knew that about 90% of domestic entities affected by the Deeming Rule are “small,” and that the application process would be “a costly requirement.” As a result, the FDA expected “to see adjustment through additional consolidation and exit from the U.S. market, compared with what we would expect without regulation.”

In other words, the FDA knew that tangling small businesses in red tape would force most of them to close or be swallowed up by the major vape manufacturers and tobacco companies (that can afford to comply with the FDA’s regulations).

Many people have applauded the FDA’s efforts to regulate vaping products. But whatever you think about the benefits or hazards of vaping, unconstitutional regulations are the wrong way to address the matter.

Some small businesses have sued to challenge the FDA’s power grab. They allege that the Deeming Rule is invalid because it was issued by a career bureaucrat—and not, as required by the Constitution, an “officer of the United States,” nominated by the president and approved by the Senate. They also allege that the ban on speaking truthfully about vaping products (without the government’s permission) violates the First Amendment.

Unfortunately, the court recently ruled against the small businesses. As the family owners of these businesses consider their legal options, including appeal, the May 12 deadline looms and threatens their livelihoods.