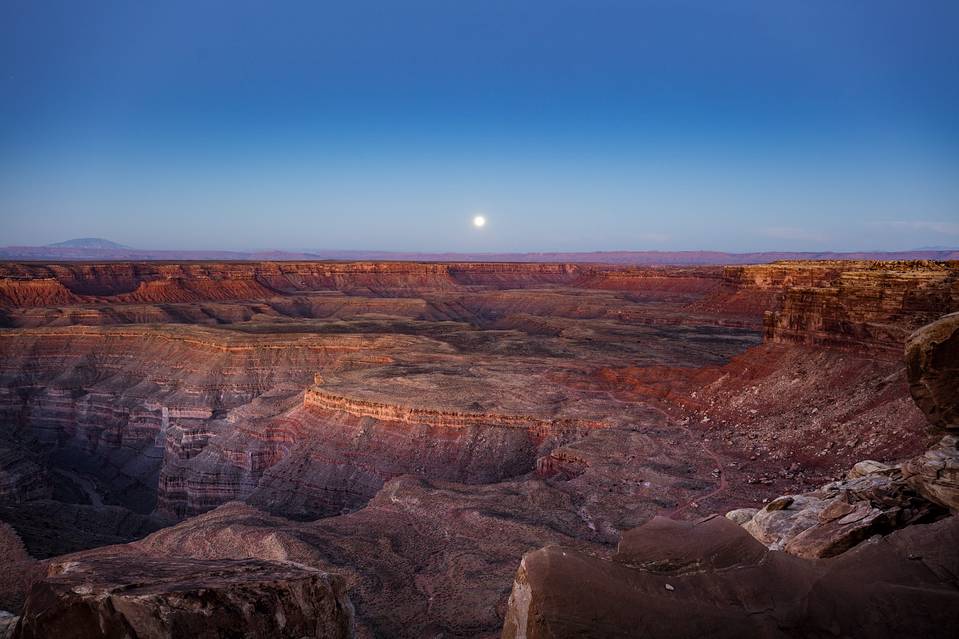 Last weekend, The Wall Street Journal ran an op-ed that Professor John Yoo and I wrote to answer the White House’s claim that Trump can’t reverse President Obama’s recent proclamations that lock up millions of acres of public land from reasonable public uses. Yoo and I plan to publish an expanded paper on our study in the coming weeks, but our op-ed contains a summary of our conclusions, which thoroughly refute the imperial claim that Obama can make his land grabs “permanent.” Past presidents already have reversed bans on 50 million acres of offshore territory for petroleum exploration under the Outer Continental Shelf Lands Act. Our detailed study of the Antiquities Act of 1906, as well as presidential abuses of it to create vast “national monuments” opposed by Congress, led us to conclude that “the law’s text and original purposes strongly support a president’s ability to unilaterally correct his predecessors’ abuses.”

Here are the “money quotes” from the op-ed:

No president’s action can bind a future president, just as no Congress can bind a future Congress. … In other words, none of Mr. Obama’s monument designations or drilling bans is permanent.  … The hubris that has marked this administration knows no end. Declaring that its policies will last forever won’t make it so. But it should stiffen the spine of those who wish to see those policies reversed sooner rather than later.

And here is the synopsis of our Antiquities Act research:

The original purpose of the Antiquities Act was to protect archaeological sites and historic landmarks that “in all cases shall be confined to the smallest area compatible with proper care and management of the objects to be protected.” After studying the president’s legal authority, we conclude that he can rescind monument designations—despite the cursory but contrary view of Attorney General Homer Cummings in 1938. The history of presidential abuse led Congress in 1950 and 1980 to limit the act’s use in Wyoming and Alaska, respectively. While Congress could limit it further, the [incoming president may] unilaterally correct his predecessors’ abuses [as well].

Let me add two other notes here for Liberty Blog readers. The first is that to trim our piece for the space the WSJ set aside in its weekend edition, we cut two paragraphs that discuss how Obama’s non-consensus approach to governing (it’s my way or the highway) also makes his few statutory and foreign policy achievements more vulnerable to administrative and congressional undoing. It’s too early to know how ObamaCare, Dodd Frank, the Iran nuclear deal, and the Paris Climate Change accord will fare in the next few years, but Mr. Obama’s mocking refusal to yield an inch to Republicans, or to submit international agreements that were treaties for Senate ratification, intensified the opposition over many years and created a powerful electoral consensus to reverse these alleged reforms and agreements.

My co-author pointed out that the WSJ weekend edition in which our piece ran spanned the old and new years (Saturday, December 31 and Sunday, January 1), which fit our transfer-of-power theme nicely. Not even the Oracles at Delphi could see the future clearly, but no one should deny that Mr. Obama’s legacy is anything more than a shaky house of cards.

Second, my only regret about the wonderful editing by the WSJ (I love their meticulous fact checking—no fake news there) is that the editors cut a reference in the draft title and text to Ozymandias, a poem by Percy Shelley—that fit almost perfectly. It’s a short poem about the ruins of an ancient kingdom, whose stern ruler declares will last forever and make men tremble in despair. But all that remains in modern times is a wrecked statue of the dead king, his boastful claim on its pedestal, and sand all around. The editor said she loved the Romantic poets, and there’s no reason to doubt her, but that she feared many of today’s readers would no longer be familiar with the reference.

You should never argue with editors about what is suitable for their space, especially if it is a matter of style, but Liberty Blog readers can evaluate the analogy with the above hyperlink to the poem (if they don’t already know it). Our original op-ed title was “Obama and Ozymandias: Look on my Works, ye Mighty, and despair!” One sentence of the draft text stated that: “President Obama’s refusal to compromise with his political opponents will guarantee that his achievements will have all the lasting significance of King Ozymandias’ empire from Percy Shelley’s poem.” PLF’s litigation director Jim Burling had previously advised that we should keep the identifier to Shelley’s poem in the piece or a younger, hipper audience would think the reference was to the rapper Ozymandias. (I will not link to his work here, though, because the F-, N- and B-bombs are rather frequent.)

A central meanings of Ozymandias (the poem) is that military and political power are fleeting. A lesson that flows from it is that we should not be too proud of our works. Thus, I should not dwell on whether a seemingly clever reference was retained in the piece that was printed on paper. But the final lesson is from my wife, who reminded me of a subtle, secondary meaning in the poem: Shelley contrasts the power to rule men with art (sculpture and poetry), that he believes endures much longer. Read the poem anew and see if you don’t agree that Shelley thinks that much of the sculptor’s vision is “stamped on” the stone and “survive[s]” the destruction of the forgotten empire.

That last thought is the fitting metaphor for our work at PLF. Our lodestar is the U.S. Constitution, which former British Prime Minister William E. Gladstone wrote was “the most wonderful work ever struck off at a given time by the brain and purpose of man.” It was never perfect and needed some amendments, but it is the work of philosophy, statecraft, and art with a lasting force that we defend. Rulers come and go, as do social and political trends, but we labor on our briefs for liberty, our art, that the cause of liberty in the Constitution will long endure. To paraphrase one last work of art by The Who, whether we smile or grin at the change all around, we at PLF only tip our hat to the OLD Constitution.