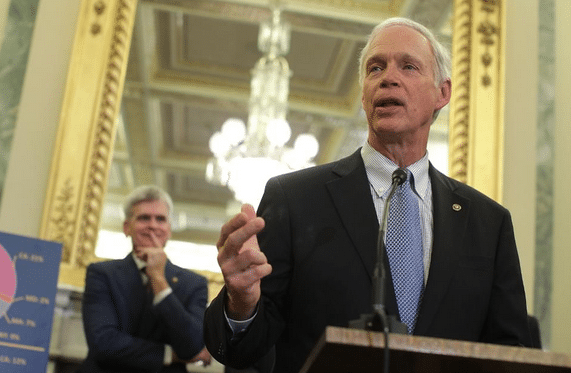 Senator Ron Johnson (R-WI) is one of the stalwarts in Congress leading the charge against the administrative state’s unconstitutional practices. So we are delighted with his leadership in investigating a serious problem we first identified and have recently quantified.

Last year, Pacific Legal Foundation discovered that career bureaucrats in the FDA have been issuing binding regulations on the American people. As we explain in a report released last week, that’s unconstitutional. In a nutshell, the Constitution’s Appointments Clause requires that significant government powers, including issuing regulations with the force of law, may only be exercised by “officers of the United States.” Career bureaucrats are not “officers.”

When Senator Johnson heard about our discovery, he began an investigation as chairman of the powerful Senate Homeland Security and Governmental Affairs Committee, which has jurisdiction over the federal rulemaking process. In my years working in the Senate, I saw just how dedicated Senator Johnson is to stopping assaults on the Constitution. (As a Senate staffer, I once had to wake him in the middle of the night to alert him to one such assault. Rather than waiting until morning, he jumped into action that night.)

So when Senator Johnson learned that career employees were issuing FDA rules, this faithful defender of the rule of law asked Health and Human Services (HHS) Secretary Alex Azar to explain who makes the rules in Secretary Azar’s department. We recently learned that HHS was not forthcoming with Senator Johnson’s most important request for information.

Inspired in part by Senator Johnson’s inquiry, and suspecting that HHS would not be as responsive as it should be, PLF undertook to answer the most basic question of who issues HHS rules. After a year-long study of 2,952 HHS rules issued from 2001 to 2018, PLF researchers found that 71% were unconstitutionally issued by career staff. The worst offender was FDA, where only 2% of the rules issued are constitutional. A staggering 1,860 FDA rules are unconstitutional. In short, we now know that career employees finalize and issue most rules at HHS, including many of the most costly ones.

And then we heard the best news of all: Senator Johnson will continue asking about these “questionable” rulemaking practices. Even if deep-state rulemaking was legal, wouldn’t we want rules to be issued by democratically accountable senior officers confirmed by the Senate? Here’s what Senator Johnson had to say about the report in a statement issued last week:

For decades, Congress has systematically ceded authority to federal agencies by delegating policymaking through regulations. But the Constitution—and Supreme Court precedent—wisely provides a backstop by limiting which agency officials can exercise that delegated authority. Unfortunately, many agencies have gone beyond that backstop and given authority to agency employees outside of what the Constitution provides.

A year ago, prompted by an op-ed by Pacific Legal Foundation (PLF) experts, I sent an oversight letter to Health & Human Services (HHS) Secretary Azar requesting information on the extent to which HHS engages in this unconstitutional practice. Though the agency has been unresponsive, I am thankful PLF has decided to dig further into this issue and provide a comprehensive report.

We’re energized to work with Senator Johnson, other members of Congress, and President Trump’s administration to fix this problem and ensure constitutional rulemaking. And we think everyone else should be too.