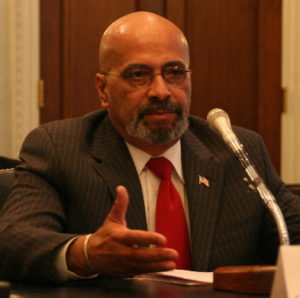 We received some very shocking and extremely sad news yesterday. Joe Hicks passed away at the age of 75.

I’ve had the pleasure of meeting Joe a number of times, most recently this past June. When I had previously met Joe, it was usually at round table discussions. When he spoke, the room stopped — something important was forthcoming. He was always articulate, sensible, reasoned, and passionate. Even if I didn’t always agree with Joe — although I usually did — you knew his thoughts were coming from experience, introspection, and study. You left a meeting where Joe spoke better informed and grateful for your time together.

Truth be told, I had always been somewhat intimidated by Joe. Although I had met him a number of times, I never felt qualified to talk to him. I hadn’t seen what he’d seen, and I hadn’t lived through what he’d lived through.

This past June, however, I decided to seek him out. During one of our round table discussions, I learned for the first time a bit about Joe’s history. He was a member of the Black Panther movement in the 70s, and was a former card-carrying member of the Communist Party. When Proposition 209 was being debated around California in 1996, Joe Hicks led the fight against the constitutional ban on racial preferences. He often debated another PLF friend, Ward Connerly, at different events that year.

Then, as he was approaching 60 years, and having dedicated his life to extremely left-wing causes, something changed. By the time I met Joe, he was an ardent supporter of equality under the law. He was an outspoken critic of many issues championed by the militant left. What caused this dramatic shift? What sparked his reversal?  That’s what I needed to know, and that’s why I sought him out over lunch — even if I now felt even more unqualified to talk with him.

His answer was both boring and inspiring. He reexamined his views, and believed that the issues he was championing were harming the very individuals he was trying to serve. To be sure, some individuals, like Ward Connerly, were influential, but it was mainly a solo journey. He became better informed, studied, deeply thought about the issues, prayed, and came to a different conclusion. He was the same person, with the same goals, but deep introspection led him to different conclusions and different ideas about achieving his goals.

That is the person we lost yesterday. Someone so brave that he was never unwilling to reexamine his beliefs. Someone so warm that he wasn’t above listening to the other side’s views. Someone so dedicated that he sought out the truth while never letting his passion waver.

Obviously, I came to know Joe because of the issues and causes he championed later in life. But Joe taught us lessons that transcend ideology. He will be sorely missed.