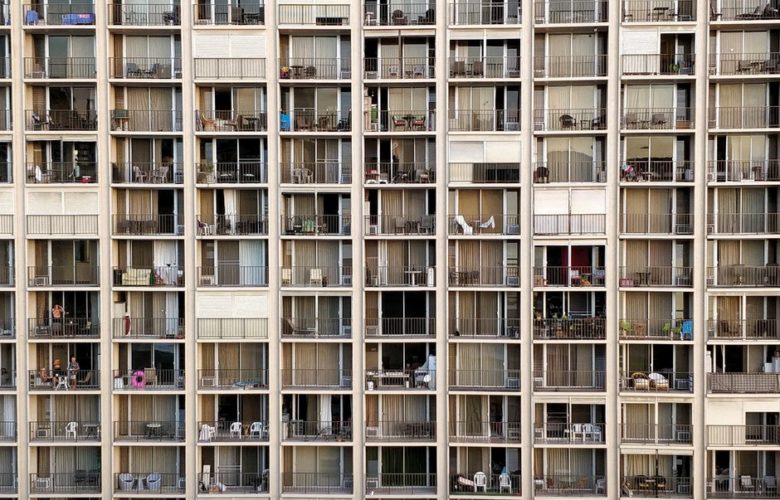 Our nation is in the midst of a severe and ever-worsening housing crisis. For decades, we have seen far too few homes being built. And those homes that are built are often too expensive—particularly in major urban centers, where poor and middle-class families increasingly find themselves priced out of homes and apartments located near the best jobs, schools, and other opportunities. Indeed, a recent article from The Washington Post reports that “in recent years prices for the lowest-priced houses have grown consistently twice as fast as prices for the highest-priced houses and now exceed what many families of modest means can pay.”

This crisis largely finds its roots in unnecessarily restrictive zoning laws, such as exclusive large lot zoning, which creates an artificial shortage in buildable land by limiting what type of homes can be built and where they can be located. These zoning rules are often the most restrictive in the very communities that have the most pronounced need for new housing, like Los Angeles, where an “affordable” apartment can fetch up to $1 million.

Making matters worse, local governments often look at new development as an opportunity to raise funds for public projects like public housing, new parks, or infrastructure improvements. Thus, in areas like Seattle, the regulatory fees needed to secure a building permit are estimated to make up over half the purchase price of each new home. Although these fees are often justified as providing public benefits at no cost to the general public, they actually exacerbate the affordable housing crisis. In West Hollywood, for example, the city demanded that the owner of a proposed small 10-unit affordable apartment project pay over a half-million dollars in “affordable housing” fees, which drove up the cost of each unit. In order to make a profit in this circumstance, the owner, like many other developers, was compelled to abandon his focus on affordable units in favor of high-end residences that could cover the additional costs.

The solution to this problem is clear: we must free property owners and developers to build more homes—especially in those communities that have been marginalized by past zoning policies. When combined with rolling back unnecessary fees, such action will encourage the type of entrepreneurship that will result in new housing being developed at all price points. It’s a simple solution that is proven to work.

Take Portland, Oregon, for example. Ten years ago, the city faced a dire housing problem. Its urban core was completely built out, leaving no land for new residential development under its zoning laws. But when city officials took a fresh look at the maps without regard to zoning, they found plenty of undeveloped land. As a result, the city relaxed its zoning rules to allow homeowners to build small homes called “accessory dwelling units” on most single-family lots. By relaxing its zoning laws, Portland was able to significantly expand its housing capacity by allowing ADUs on an estimated 116,000 residentially developed lots, resulting in 2,000 being built. Similar laws in cities like Los Angeles and San Diego establishing a right to build ADUs on certain properties have also resulted in a surge in the production of new affordable housing.

The key to those cities’ success involved more than just relaxing zoning laws. It also required that they streamline the permitting process to make development more predictable and less costly by pre-approving architectural designs and eliminating most impact fees. Thus, in Santa Clara—where the median price for a single-family home exceeds $1 million and the average rent is close to $3,000 per month—the city’s decision to streamline its ADU permit process reduced the average cost of each unit by as much as $60,000. Currently, the cost of an ADU ranges from $80,000 for an attached unit to $160,000 for a detached one, which is a fraction of the cost to rent or buy a home.

While an ADU will not replace the need for a family home, legalizing the production of such units plays an important role in making more use of less land for less money. This small step provides a model for further reform based on respect for property rights and the free market—a solution that will benefit everyone by opening the door to new housing at all price points.

Three additional steps could significantly expand free market housing opportunities—and help to stem the skyrocketing purchase and rental prices in our major cities. First, cities should build flexibility into their zoning codes. Much of the residential land in major cities is exclusively zoned for single-family homes. This zoning—while perfectly appropriate elsewhere—artificially restricts the buildable land supply in the very areas where duplexes and other types of multi-family residences are the most needed. By adopting a flexible approach to residential zoning in urban areas, cities can encourage private development through eliminating the need for a lengthy and costly rezone procedure.

Second, cities should recognize the importance of housing in their codes. As with ADUs, cities can enact laws recognizing that owners have a right to build new homes of all types in appropriate locations. The recognition of “by right” development encourages housing production by taking much of the risk and cost out of a development proposal and will encourage private investments in housing.

Third, cities should limit the ability of third parties to challenge permit approvals, barring a showing of nuisance. All too often, land use and environment regulations provide anti-development interests with the ability to challenge development proposals with very little risk to themselves. These third-party challenges, however, frequently stymie new development by significantly driving up the cost of obtaining a permit and delaying the project.

These modest, but critically important, reforms all arise from a respect for property rights. Building a home is one of the most fundamental uses of private property. Recognition of this right eliminates much of the uncertainty—and associated costs—that keeps urban property owners from building new homes, unlocking the potential for much-needed housing.