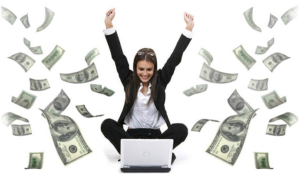 California’s Private Attorney General Act is a bounty hunter statute that deputizes employees as “representatives” to sue their employers for alleged Labor Code violations. These representative actions bear a close resemblance to a standard class action, with the exception that the plaintiffs have to split their recovery with the state. While employment contracts in California generally can require arbitral resolution of workplace disputes, the California Supreme Court and the Ninth Circuit Court of Appeals both invalidate otherwise legitimate employment contracts if they require arbitration of PAGA claims. Employers have been repeatedly asking the Supreme Court to take up this issue, but today marks yet another refusal as the Court denied cert in Bloomingdale’s v. Vitolo. As a result, Nancy Vitolo, who worked for Bloomingdale’s for all of six weeks in 2008, now has a green light to pursue her “representative” action against the store despite her written agreement to arbitrate any disputes that arose during the course of her employment. PLF’s amicus brief supporting the petition pointed out that only the Supreme Court can remedy this hostility to arbitration that leads lower courts to treat contracts with arbitration provisions as poor relations, unworthy of the general protection the judiciary and the Federal Arbitration Act provide to the freedom of contract. Alas, despite the extensive array of employment and consumer protection statutes that are affected by the courts’ disdain for alternative dispute resolution, that remedy will have to wait for another day.