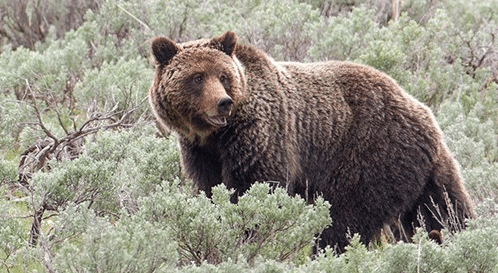 The Yellowstone grizzly bear is back from the brink of extinction. Over the past 40 years, its numbers have increased more than 500% from 136 in 1975 to more than 700 today. But rather than celebrate the bear’s recovery and help the species continue to thrive, misguided lawsuits from environmental groups and Native American tribes have blocked the Yellowstone grizzly’s removal from the endangered species list and put its continued growth at risk.

Hopefully that will soon change, though. Today, Pacific Legal Foundation and the Property and Environment Research Center (PERC) filed an amicus brief in the Ninth Circuit Court of Appeals arguing that the Yellowstone grizzly bear’s recovery should be celebrated, and it should be properly removed from the endangered species list.

One of the Endangered Species Act’s primary incentives for recovering protected species is the promise that once a species recovers, it can be removed from the endangered species list and the strict and expensive regulatory burdens will be removed. This opens up resources for other at-risk species to be protected, but that incentive is undermined if species are not promptly delisted upon recovery.

In 2018, a district court released an errant decision that kept the grizzly bear on the endangered species list.

“Most concerning is the district court’s unsupported speculation that delisting the population ‘necessarily translate[s]’ to reduced prospects of additional conservation efforts,” today’s brief says. “Such speculation is outside the court’s proper role, but it is also wrong. Federal, state, and private conservation efforts led to the Yellowstone grizzly’s recovery, and will continue after delisting.”

“The Yellowstone grizzly has achieved an impressive recovery, thanks to the combined efforts of federal biologists, state wildlife agencies, tribes, conservationists, and landowners,” PLF attorney Jonathan Wood said. “Blocking the grizzly’s delisting not only fails to honor their efforts but also threatens to undermine incentives for people to recover other species.”

If courts apply the law as written, property owners will be incentivized to help species recover, and more animals can have a story like the Yellowstone grizzly.