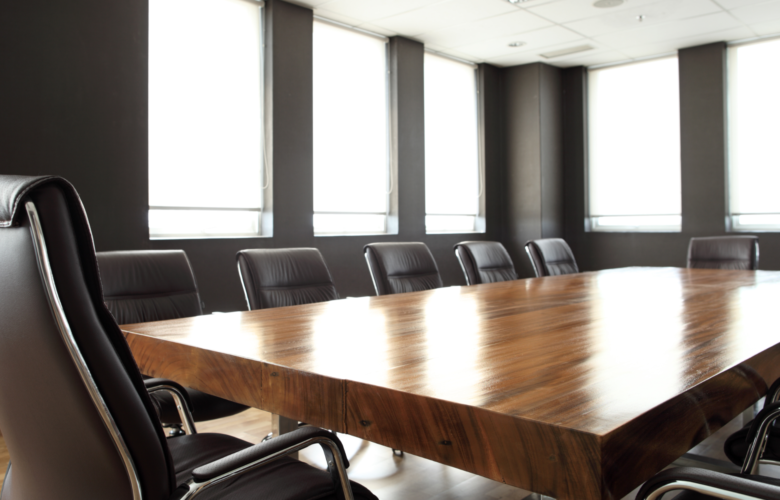 In the opening scene of the documentary “RBG,” Supreme Court Justice Ruth Bader Ginsburg famously quotes abolitionist-feminist Sarah Grimke. “I ask no favor for my sex,” she says. “All I ask of my brethren is that they take their feet off our necks.” Sadly, this view of equality is falling out of vogue.

To some advocates, the government must not only provide equal opportunity for women; it must forcibly ensure that women are hired in equal numbers to men. They therefore propose mandatory “woman quotas,” which require businesses to hire a certain percentage of women or face fines.

This view puts equal numbers above equal treatment and undermines the concept of equality for which Ginsburg has fought throughout her career.

New Jersey, Massachusetts, Washington and Illinois are among states that recently proposed requiring publicly traded companies to have a minimum number of women on their boards of directors. California’s “woman quota” took effect at the beginning of 2020 and applies to all publicly traded companies, across all industries, in perpetuity, irrespective of the pool of candidates and regardless of whether the company has any history of discrimination. The law apparently was motivated by the state’s desire to see equal numbers in the boardroom.

As an advocate, Ginsburg recognized that any law that requires the sexes to be treated differently should be looked at with a healthy dose of skepticism. In Duren v. Missouri, she challenged a law that allowed women, but not men, to opt out of jury duty. The law was meant to accommodate the fact that women were primarily responsible for child-rearing at that time and thus required an exemption. Ginsburg argued that if the state wanted to create an exemption for caregivers, it should do so on an equal basis. Enshrining a sex-based classification into law, however, “reflect[s] and perpetuate[s] a certain way of thinking about women.”

Similarly, woman quotas “reflect and perpetuate” detrimental myths about women in the workplace. They’re based on the idea that women can’t make it to the boardroom without government help, when, in fact, women are steadily making gains.

According to the Equilar Institute’s Gender Diversity Index, female representation on the boards of the top 3,000 U.S. companies recently increased for the seventh consecutive quarter. More than 40 percent of new board positions went to women last quarter. Although women may not yet be at parity in representation, they are near parity when it comes to current hiring patterns.  There’s simply no reason to believe that women everywhere in California are being discriminated against in the boardroom. Yet the woman quota perpetuates that disempowering narrative.

State-mandated quotas not only belie the consistent gains women are making, they’ll cast doubt on future gains. Under quotas, people may question whether female board members are being hired just to fill the spot. Thus, while quotas add a few women to corporate boards, they come at the expense of female achievements.

Ginsburg also decried laws that rely on generalizations about “the way that women (or men) are.”  In Craig v. Boren, Ginsburg wrote a scathing brief attacking an Oklahoma law that granted a lower drinking age to women. She observed that although the law appeared to afford women a “liberty” not afforded to men, in actuality it pigeonholed both sexes. By assuming that women drink less, drive less and commit fewer alcohol-related crimes than men, it created “an artificial barrier[] to full realization by men and women of their human potential,” and “retard[ed] progress toward equal opportunity, free from gender-based discrimination.”

California’s law is self-consciously based on stereotypes about a female perspective. According to the bill’s author, the quota will bring cultural change to the workplace on equity issues and will boost corporate profits ― as if women have a particular viewpoint or working style. Ginsburg had no qualms about acknowledging that men and women were different. “Men and women are persons of equal dignity,” she said, “but they are not the same.” However, Ginsburg also recognized that women are not a homogenous, interchangeable group.

According to Ginsburg, equal protection isn’t meant to protect groups, but to protect people.  Equality under the law makes people “free to be you or me,” whatever that means to the individual. To her, equality protects our right to be considered something more than our immutable traits. Women quotas reduce us to them.

The Supreme Court requires the government to provide an “exceedingly persuasive justification” for all sex-based laws. A new lawsuit filed by Pacific Legal Foundation argues that California’s woman quota cannot meet that standard. The state has no interest, the lawsuit argues, in balancing the workplace based on immutable characteristics such as race, sex or sexual preference. And while some see the law as “gallantry,” its suggestion that women need help on every board, in every company, across all industries, in perpetuity, should be recognized as what Ginsburg called “Victorian condescension.”

Ginsburg doesn’t just want to see a quota of 4.5 women on the Supreme Court. Instead, she dreams of a day “when there [may be] nine.” Her view of equality demands that the government remove sex-based barriers to entry and let women rise to the top. Based on her career as an advocate, when it comes to strict quotas, Ginsburg would dissent.

This op-ed was originally published by The Hill on February 10, 2020.

With Justice Ginsburg’s passing, America loses a trailblazer September 18, 2020 I By ANASTASIA BODEN