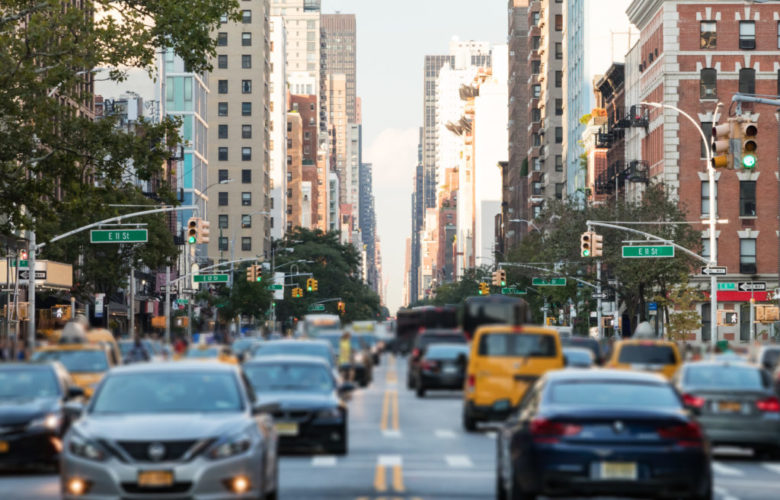 Rideshare services such as Uber and Lyft have revolutionized local transportation and broken stagnant taxi monopolies. Ridesharing offers customers convenience and value, while providing drivers the opportunity to earn money on a flexible schedule.

But there are downsides to this innovative new arrangement. For example, Uber drivers often work long hours and look for additional sources of income. And riders stuck in traffic usually are bored. One tech startup’s proposed solution to those problems has led to a conflict with New York City taxi regulators in an unexpected battle over free speech.

The startup in question, Vugo, is among companies that install digital tablets in rideshare vehicles. These tablets offer entertainment content to riders, such as the ability to stream YouTube videos. And the technology displays advertisements that are based on the location of the vehicle and the ride destination. So a business customer going to the airport might see ads for laptops or offers for stores inside the airport. On the other hand, a customer going out on the town with friends will see ads for nearby stores and restaurants.

Moreover, drivers receive a portion of the ad revenue — about $100 a month, on average. Overall, this type of technology would appear to be a win for everyone, from drivers to customers to advertisers.

But New York City has decided to ban such devices because of the possibility that they may annoy commuters. In a city where panhandlers routinely harangue tourists and billboards tower hundreds of feet over pedestrians, the city’s goal almost seems quaint. That is, until you realize that New York City already allows its ubiquitous yellow cabs to play video advertisements inside their vehicles, on the much-derided Taxi TVs.

And until you realize that the city’s policy blatantly violates the First Amendment.

Under the First Amendment, the New York City Taxi and Limousine Commission (TLC) cannot prohibit rideshare operators from installing tablets to display truthful commercial advertisements. Commercial speech is protected by the Constitution, and restrictions on commercial speech must serve a substantial governmental interest and be no more extensive than necessary.

The TLC does not have a substantial interest in protecting Uber riders from annoyance. And even if it did, it could do so in a much less restrictive manner. It could regulate the volume of such devices, or ensure that they can be turned off. Not to mention the hypocrisy of the TLC banning ads in Uber vehicles but not in cabs — a constitutionally fatal defect.

Unfortunately, the Second Circuit Court of Appeals recently sided with the TLC and upheld the advertising ban. In doing so, the Second Circuit relied on outdated cases that give commercial speech far less protection than any other kind of expression. This case hopefully will be appealed to the U.S. Supreme Court. If so, the Supreme Court should take the opportunity to not just correct the Second Circuit’s erroneous application of the law, but also to reconsider its past cases that relegate commercial speech to a second-class constitutional status.

Today, the line between commercial and non-commercial speech is hard to define. Commercial advertisements increasingly have staked positions on significant social or political issues. Nike’s Colin Kaepernick ads and Gillette’s campaign against “toxic masculinity” are just two recent prominent examples. Who gets to decide that such speech is less “valuable” or “worthy of protection” than a political candidate’s latest highly deceptive attack ad? And the very same Vugo device can be used to show either type of advertisement. As the Vugo case shows, weak protection for commercial speech also can be used as a tool of protectionism and discrimination.

It is time for the Supreme Court to declare that speech is speech, whether it is commercial or political, and that government bureaucrats cannot censor speech just because some may find it annoying.

Daniel Ortner (@dortner1) is an attorney with Pacific Legal Foundation, which litigates nationwide to achieve court victories enforcing the Constitution’s guarantee of individual liberty. The Foundation is not involved in the Vugo case.

This op-ed was originally published by The Hill on August 5, 2019.

Uber/Lyft drivers taken for a ride at the 9th Circuit August 09, 2018 I By TIMOTHY SNOWBALL

Lyft, Uber, and the sharing economy creates new opportunities for entrepreneurs October 26, 2015 I By RAYMOND NHAN

Uber free to operate in Nevada, but what about everybody else? October 26, 2015 I By ANASTASIA BODEN