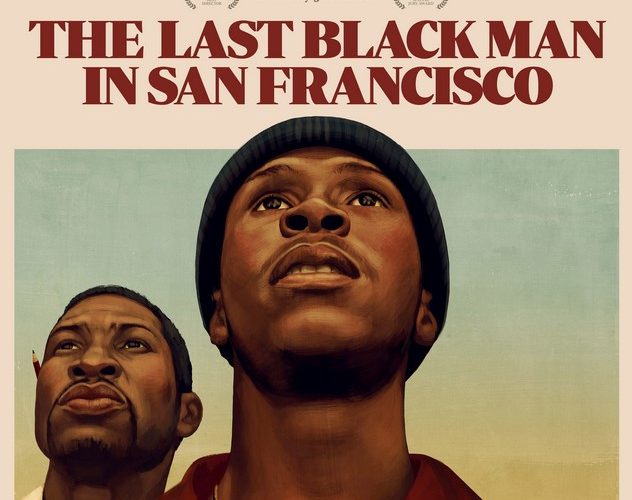 A version of this article will appear in The Culture Issue, the Spring 2020 edition of PLF’s magazine Sword&Scales

In classic westerns, the heroes and villains are straightforward. Bad guys wear black hats and descend on a small town protected by the white-hatted local lawman. We head toward a violent climax and when the dust is settled, the baddies are dead and the good guy limps into the sunset.

Most viewers of The Last Black Man in San Francisco mistakenly assume they know who (or what) the “bad guy” is when the movie opens on an apocalyptic sermon about black displacement in the outskirts of the city. After all, it’s well known that black San Franciscans are being displaced. But instead of lecturing on any issue, The Last Black Man in San Francisco subtly, artistically, and honestly shows how it’s skyrocketing housing prices that are chasing them away.

The specter of gentrification and displacement haunts every inch of Joe Talbot’s first film, but instead of manufacturing a stereotypical evil capitalist as the villain, Talbot and his co-writer Jimmie Fails tell a semi-autobiographical story from Fails’ life that brilliantly depicts the realities poor black men face in expensive cities. The film favors feelings over facts, meaning over political sloganeering. Our protagonists don’t point fingers at anyone, and while there is systemic oppression bearing down on them, it’s unclear who (or what) is doing the oppressing.

The Failses once lived in San Francisco’s Fillmore neighborhood in a Victorian home that, according to family lore, was built by Jimmie’s grandfather in the ’40s. Financial hardships caused the family to lose the home in the ’90s and the family members each went their separate ways. Now, Jimmie lives with his best friend Mont on the outskirts of the town. When the homeowners of Jimmie’s old house are forced to sell and the home goes on the market, Jimmie tries to buy it but can’t get a loan.

The villain in The Last Black Man in San Francisco could have been the superficially empathetic realtor, the onslaught of tech bros that have invaded the city, the uncaring and flippant white transplants who claim to hate the city, or the elderly couple that bought the house when Jimmie’s family went into bankruptcy.

But instead, Talbot and Fails broke a foundational rule in storytelling and allowed the villain to remain invisible and unnamed. The Last Black Man in San Francisco isn’t trying to preach to us in rote narratives about gentrification. Rather, the writers opt to frontload a story about the reality of housing costs squeezing black families out of San Francisco.

And while there’s no one single person to blame, that doesn’t mean there isn’t blame to assign.

Both San Francisco and the State of California have seemingly done everything they can to restrict the supply of housing, through onerous layers of red tape, nonsensical zoning policy, and hostile laws for anyone brave enough to rent out their property.

While the stated rationale for restrictive zoning laws is typically couched in sentiments of “beauty” and “preservation,” the effects are clear. Rents rise, poor and minority families are squeezed out, and the only people remaining are the obscenely wealthy or tragic clusters of the homeless, many of whom are mentally ill and family-less.

As The New Republic reported last year, San Francisco is on the wrong side of the housing issue. Fortunately, more San Franciscans are recognizing how the city’s zoning policies are causing the city’s housing crisis. Groups like the “YIMBYs” (Yes, in my back yard) fight against absurd decisions like stopping an apartment building from going up because it will cast a shadow on a nearby dog park.

And San Francisco isn’t the only city where residents are forced to battle the nameless villain of restrictive zoning and housing policies. PLF clients Lyndsey and Sharon Ballinger—who are both members of the military—rented out their Oakland home when they were temporarily stationed across the country. When they were ready to move back, they learned they’d have to pay their tenants over $7,000 in “move-out fees” despite the tenants having plenty of notice. Yes, they had to pay to move back into their own home.

Or take another set of PLF clients, the Cherks in Marin, California. They own a plot of land and wanted to split it into two, building a home for their retirement on one plot and selling the other plot for housing. Marin County government extorted them to the tune of $40,000 in “affordable housing fees” for the privilege of selling their own land.

These are conscientious property owners who could be doing their part to alleviate California’s massive housing problem, if only government would stop stomping on their property rights.

At the end of The Last Black Man in San Francisco, Jimmie doesn’t get to ride off in the sunset. Nor does he get a (much-needed) showdown with San Francisco’s miles of housing regulations. Instead, he paddles a rowboat deep into the Bay, toward its iconic bridge. Tragically, he is lost at sea, when what he truly needed was a piece of land all his own.

The Hill: Seattle is trying to handcuff landlords — so they’re fighting to protect their rights November 14, 2019 I By ETHAN BLEVINS

Seattle is improving some housing policies, but more need to change October 17, 2019 I By ETHAN BLEVINS

The destructive power of rent control July 12, 2019 I By JAMES BURLING