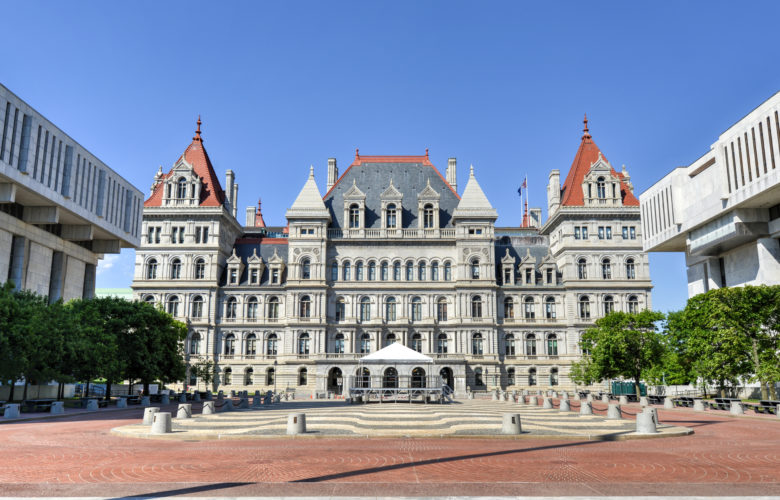 At the end of June, the governors of New York, New Jersey and Connecticut announced that anyone coming into their states from other states identified as coronavirus “hot spots” — now up to 19 states — are required to quarantine themselves for 14 days. Ironically, Gov. Andrew Cuomo of New York earlier in the pandemic called a similar policy put in place by Rhode Island for those who had been to New York unlawful and threatened to sue. But Cuomo was right then and is wrong now. These travel restrictions are constitutionally dubious and deeply problematic.

Most state legislatures have recognized that the power to quarantine or isolate infected individuals is a critical tool in a governor’s pandemic response arsenal. However, ordering someone not to leave their home is a significant incursion on liberty. Accordingly, state legislatures have placed stringent limitations on the exercise of this power.

A common limitation on the power to quarantine or isolate is the requirement that such orders must target discrete named individuals or identifiable groups, rather than broad categories of individuals.

For example, in Connecticut, the governor or health commissioner can quarantine only those individuals they reasonably believe have been exposed to a disease or are contaminated. This requirement forecloses the application of quarantine and isolation orders to categories as broad as “anyone who has visited the state of Florida in the past two weeks.” There is no reasonable basis for believing that anyone who has been anywhere in Florida has COVID-19. Statewide in Florida as of July 13, there were around 245,500 active cases among a population of 21.48 million, or around one in every 100 people (which is comparable to the number of active cases per capita in New York). And there’s even less reason to assume that for other states on the list, such as Iowa where around 1 in 400 people is infected, or North Carolina where around 1 in 300 is infected.

Most states place significant procedural limitations on the exercise of quarantine and isolation authority, such as the right to an individualized hearing and to be represented by counsel, and categorical orders that apply to anyone who visited a particular state do not comply with these limitations. The northeastern governors’ orders ignore these sensible limitations, disregarding due process, another severe constitutional defect. Because quarantine or isolation orders significantly infringe on individual liberty, an individual is entitled to due process of law.

At a bare minimum, an individual is entitled to a hearing where the government bears the burden of proof and where an individual can put on a defense. The northeast governors’ recent quarantine declaration provides for none of that.

Finally, sweeping restrictions on travel violate the fundamental constitutional right to travel. We live in a country made up of 50 states. Before the Constitution was ratified, vicious rivalries between states led to trade wars and other restraints on freedom. The Constitution put a stop to all of that by guaranteeing freedom of commerce and motion between the states. The Supreme Court has held that the Constitution protects the right of individuals to travel between states. This right to travel can be limited only when necessary to achieve a compelling state interest.

A policy that imposes a quarantine on everyone coming from a particular state is far too broad and poorly designed to meet this level of scrutiny, especially when a traveler is not significantly more likely to be sick, on average, than the state’s own residents. Such a sweeping ban also ignores the significant regional variation that exists within most states. For example, someone from rural Franklin County in the Florida Panhandle is 12 times less likely to have had COVID-19 than someone from Miami-Dade County. But these sweeping travel bans treat them both the same.

In 1902, the Supreme Court upheld a quarantine imposed on travelers to New Orleans during a yellow fever outbreak. But that case involved a quarantine of a particularly virulent area of the city of New Orleans, which applied uniformly to anyone seeking to enter it, whether they came from within or outside the state. The court also did not discuss whether the New Orleans quarantine failed to provide procedural due process protections. And, significantly, the court’s 1902 decision predated much of the Supreme Court’s modern case law, which aggressively invalidates laws that interfere with interstate commerce or travel.

In May, a federal court in Kentucky granted an injunction blocking that state’s travel restrictions. The efforts of the northeastern states should not fare any better, if the judiciary is willing to do its job and enforce the separation of powers. Indeed, given improvements in testing, contact tracing and treatment, such overly broad restrictions on the right to travel are even less likely to be upheld now than at the start of the pandemic. Travel restrictions between states make a big splash, but their impact is likely minimal, and should not survive constitutional scrutiny.

The Hill: Governors can protect civil liberties, too June 02, 2021 I By DILLON CHEPP