A man walks into a bar 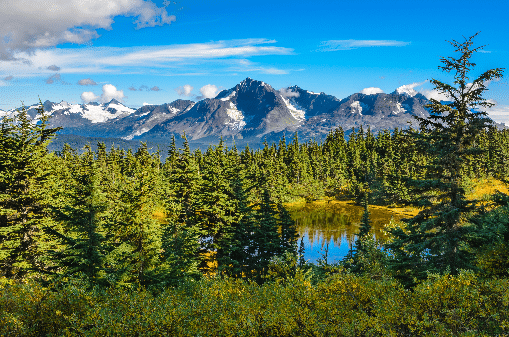 Actually, it was a sand bar.

He had intended to hover past it, but when his hovercraft required repairs, he had to walk it onto a sand bar as he travelled up Alaska’s Nation River to his moose hunting grounds in a remote and largely roadless area of the state.

On that sand bar (which is within the boundaries of the National Park Service’s Yukon-Charley Rivers National Preserve), three U.S. Park Service officials threatened to jail him if he kept hovering on the rivers in their park.

That is where John Sturgeon’s ordeal by litigation began with the federal government, twelve years and two Supreme Court appearances ago. Mr. Sturgeon has hunted moose in the Alaskan wilds for 50 years, in deep inland regions to which the only access is by way of hovercraft along the state’s rivers, many of which transit National Parks and Forests that the federal government carved out of Alaska.

The Park Service prohibits hovercraft within their Parks. But Sturgeon objected, wisely, that the navigable rivers that pass through National Parks are not actually part of the parks. Under federal law, the state owns the beds of these navigable rivers, and has sovereignty over the water rights to the rivers. Federal land use regulations may apply on federal land, but not to state owned riverbeds or state-controlled rivers. And if the Nation River is not federally regulated “public lands,” then hunters like John Sturgeon are free of Park Service edicts against the use of hovercraft on them.

Sturgeon filed a lawsuit to establish his right to hover on the river, which the Park Service naturally contested. The State of Alaska, which naturally wants to protect its sovereign interests as the owner of the bed of the Nation River and sovereign over the river’s water rights and use, joined the case in support of Sturgeon. And, he got a little help along the way from Pacific Legal Foundation.

The case dragged on for more then a decade, in which the Ninth Circuit Court of Appeals twice rejected Sturgeon’s claim, and was in turn twice reversed by the Supreme Court.

Today, the Supreme Court finally resolved the case in Sturgeon’s favor: the Nation River is not federal “public land” subject to Park Service regulations in Alaska, and in Justice Kagan’s snappy line for the Court in its unanimous opinion, “John Sturgeon can once again drive his hovercraft up that river to Moose Meadows.”