A quick win for free enterprise and free speech

In September, PLF took on the City of San Juan Capistrano, Calif., by filing a federal free speech lawsuit challenging the city’s ban on displaying for-sale signs in cars. Our client, Michael Cefali, was fined fined for parking his car in front of his home with a for-sale sign–and, after some research, determined that hundreds of others had been hit with similar fines by the city in recent years. This month, we dismissed that case in victory because the city responded to the litigation by quickly and fully repealing the speech ban. 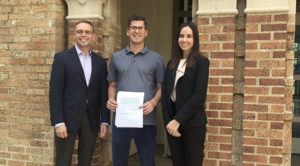 The case is another example of work being done by PLF’s Liberty Clinic program at the Dale E. Fowler School of Law at Chapman University, in Orange, Calif. Michael Cefali is a recent graduate of Chapman and a former student in the clinic. He knew from class that laws like San Juan Capistrano’s were unconstitutional. The First Amendment protects all kinds of speech, including the right of individuals to use an ordinary sign to tell the public that their car is for sale. In fact, free enterprise depends on the legal protection of commercial messages, like advertising. But the City ignored his letter pointing out that fact–and Michael became incensed that the City would continue to raise substantial revenue by ticketing others under an unconstitutional law.

He returned to the clinic to seek help in challenging the Ordinance. The case became the subject of several clinic classes, and current student Christina Vier took the lead on drafting discovery documents and conducting research in preparation for summary judgment. The city’s fast retreat made the further litigation unnecessary.

Along the way, the case attracted the attention of the media, including the Orange County Register and ABC Eyewitness News. 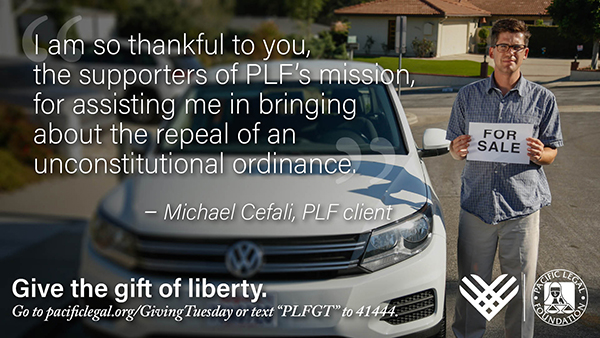