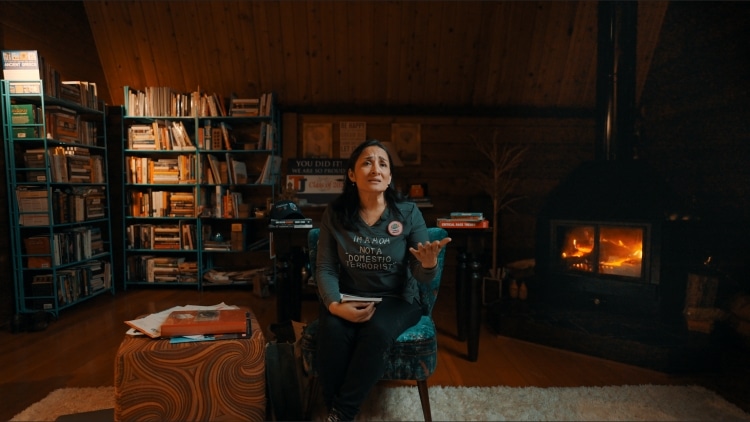 “This is not just a fight for us and our children and our families. It’s the right thing to do for America.”

One email is all it took to start an all-out war between a school board bent on racial equity and an army of parents determined to defend equality for all children.

The parents are winning.

Founded in 1985, Thomas Jefferson High School for Science and Technology, or TJ, is a STEM-focused, top-ranked public high school. The curriculum is rigorous, the admissions are competitive, and the student body is more than 80% minority—the very definition of racial diversity.

Officials in the Fairfax County Public Schools (FCPS), however, view diversity—literally—through a different color lens. They see TJ’s seven-to-one ratio of Asian-American students to black, Hispanic, and multiracial students as an injustice. Never mind that “Asian” lumps together immigrants—including Asra Nomani—from dozens of different countries who consider a TJ education the best opportunity to pursue the American Dream.

Asra came to the U.S. with her parents in 1969 to escape the legacy of bigotry in British colonial India. As a little girl, Asra learned English with Nancy Drew, ate free breakfast at school, and worked hard. By 23, she was a Wall Street Journal reporter and later, a best-selling author, Georgetown professor, and media commentator.

She is also a proud TJ mother—her son earned the high grades and passed the difficult standardized test required for admission to “the crown jewel of our educational system.”

Everything changed in a June 2020 email from the school principal informing parents and students that TJ’s demographics need to match those of Fairfax County. With 70% of the students at TJ Asian, compared to 20% countywide, the implication was clear: a purge was imminent.

“Not only did our jaws drop, but our hearts broke,” Asra says of TJ parents. “One minute, we’re PTA moms and dads trying to get our kids to soccer practice, and the next minute, we’re told we need to check our privileges.”

The FCPS wanted to specifically decrease the number of Asian students in the school but knew they’d need camouflage, as explicit racial quotas don’t stand up well in court. In Connecticut, for example, under pressure from a parent-led lawsuit, state leaders repealed a blatant quota mandate for Hartford’s world-class magnet schools.

To avoid a legal tangle, the FCPS school board used proxies for race—“greater diversity” and “equitable student admissions”—as cover for scrapping TJ’s merit-based admissions policies to squeeze out Asian students without explicitly saying so.

The standardized admissions test was out. Feeder school manipulation was in. Seats were guaranteed for each eighth-grade class, and caps restricted the number of students allowed from each school—a clear proxy for race, as three middle schools account for the bulk of TJ’s Asian students.

Whether direct or by proxy, government’s use of skin color or ethnicity to choose who can attend public schools is immoral and unconstitutional. The Equal Protection Clause guarantees citizens equal treatment under the law as individuals, not as members of a racial group.

It was time to fight back, and TJ’s families were ready. Asra co-founded the Coalition for TJ, rallying parents, students, alumni, and community members to defend equality in education by stepping up and speaking out—many for the first time.

“We come from shame-based cultures in which we are taught to respect authority. Many families did not even know that you could speak up to school officials,” explains Asra. “But everyone overcame fear because they know this is not just a fight for us and our children and our families. It’s the right thing to do for America.”

“Everybody knows the policy is not race-neutral, and that it’s designed to affect the racial composition of the school,” he said. “You can say all sorts of beautiful things while you’re doing others.”

Then, in February 2022, the Coalition scored a critical victory when the judge struck down TJ’s admissions policy as unconstitutional. The win was monumental not only for Fairfax County families, but it was the first time a court ruled that discrimination by proxy is just as wrong as direct discrimination.

“The court said that a general interest in diversity does not outweigh the Constitution’s guarantee of equal protection regardless of skin color,” says PLF attorney Erin Wilcox. “With the growing trend of race preferences in education, government contracts, and corporate boardrooms, the significance of this decision cannot be understated. Left unchecked, this sort of stealth discrimination will reinsert race where it doesn’t belong—into law.”

As expected, the FCPS appealed, so the case continues. But the battles won thus far give Asra confidence that in the end, liberty will prevail.

“We are winners because the principle of equal opportunity under the law, that every-body is treated fairly, is so integral to the American Dream,” she says. “We want every child to succeed in America. Racial quotas or admissions goals won’t help educate a single child or achieve fairness for anyone.”

Government cannot choose who receives the opportunity to attend public schools based on race or ethnicity. This equal protection guarantee is enshrined in the U.S. Constitution and backed by Supreme Court precedent.

People should be treated as individuals, not as members of a group they did not choose and cannot change. Your support for PLF empowers parents to fight back against government schools’ racially motivated discrimination and restore the American promise of true equality before the law. Thank you!