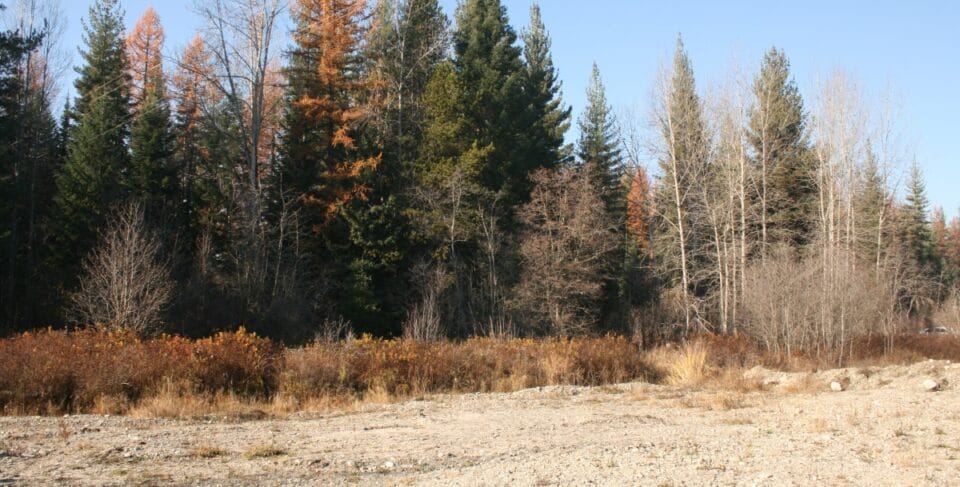 “Americans need a clear rule: if the government can’t show a property’s surface water connection,  then it’s outside  of the EPA’s reach and the owner should  win.”

Fifteen years after breaking ground on a new house, most homeowners are ready to replace aging HVAC systems, carpets, paint, or appliances.

Not Chantell and Mike Sackett. Construction on their Priest Lake, Idaho, home has been at a standstill since 2007, when the Environmental Protection Agency declared their property a federally regulated wetland.

As if the work stoppage wasn’t punishment enough, the EPA ordered the Sacketts to restore the land to its original condition or face fines of $75,000 per day.

The Sacketts fought back in what has become one of the longest-running battles in the history of the Clean Water Act: a dizzying legal quest to clearly define navigable waters that’s spanned four presidential administrations and zigzagged through lower courts, the U.S. Supreme Court, and back again to lower courts.

Now, the Sacketts are asking to return to the Supreme Court for a second—and hope-fully final—time to end their own nightmare and usher in a new age of Clean Water Act (CWA) clarity for property owners across the country.

From the outset, Chantell and Mike had the proper local permits. Their lot in a residential neighborhood gave them no reason to seek federal permission—from the U.S. Army Corps of Engineers, no less.

“That type of permit takes at least two years to get and costs more than $250,000, which is more than our entire home would cost,” says Chantell. “And you couldn’t even float a rubber duck off of our property.”

The Sacketts’ misfortune was largely one of timing. They started building just months after the Supreme Court’s 2006 ruling in Rapanos v. United States fell one vote short of a definitive guideline for what the EPA can—and cannot—regulate under the CWA.

Like the Sacketts, Michigan developer John Rapanos spent years fighting EPA persecution, which included felony charges, for the right to build on his own property.

Five Justices struck down the EPA’s overbroad interpretation of navigable waters, delivering a win for John. Nevertheless, the decision was fractured, with four Justices issuing a new, clear, and reasonable standard for regulating “wetlands” as navigable waters, re- quiring a continuous surface water connection between such wet-lands and a regulated water. Justice Kennedy, meanwhile, came up with a vague and broad “significant nexus” test.

Unfortunately, in the years since Rapanos, Justice Kennedy’s over-broad and undefined test has turned the CWA’s seemingly simple purpose—protecting the nation’s navigable waters from pollution—into a justification for arbitrary, nearly limitless regulation of property by federal agencies.

Over the years, the EPA has expanded its regulatory powers far beyond what Congress authorized when the CWA went on the books in 1972.

Lawsuits challenging different rules from the Bush, Obama, and Trump administrations have created a patchwork of confusing, inconsistent regulations, thus enabling agencies to cherry-pick favored definitions of navigable waters to claim federal jurisdiction over private property. And now the Biden administration is trying to hammer out its own rules.

But getting the Supreme Court to revisit Rapanos is complicated. The Sacketts first needed the Supreme Court to confirm they were even entitled to challenge the EPA’s orders in court—a right they secured with PLF’s help in 2012, yet it took seven more years for their case to resurface in trial court.

“Fixing Rapanos is a long-standing signature issue for PLF,” explains PLF senior attorney Damien Schiff, who argued the Sacketts’ first case before the Supreme Court. “The Sacketts’ effort to vindicate their rights also provides the best opportunity for the Justices to reconsider and replace Rapanos with a clear majority opinion that establishes a reason-able interpretation of the Clean Water Act.”

He adds that 15 years of fruitless confusion, conflict, and litigation is enough—for the Sacketts and for all Americans.

“Throughout this ordeal, the Sacketts have been steadfast in pursuing this case against the EPA with dignity and perseverance. We look forward to pressing their case again before the Supreme Court. Americans need a clear rule: If the government can’t show a property’s surface water connection to any regulated water, then it’s outside of the EPA’s reach, and the owner should win.”

As with John Rapanos, PLF represents Mike and Chantell free of charge. For every one of these courageous clients, there are thousands of Americans who give up the fight before they start. And who could blame them? The government has a bottomless bag of money (taxpayer dollars) at their disposal and the luxury of time.

But PLF’s relentlessness also knows no bounds. Neither does our dedication to a single case, client, and cause over time. We know that in the end, liberty will win, and we hope to prove it—again—before the highest court in the land.

Government agencies cannot reinterpret statutes to expand their authority beyond what Congress has granted. Nor can government use ambiguous, arbitrary, and confusing rules to punish property owners with steep fines and imprisonment.

Property owners shouldn’t have to spend 15 years of their lives fighting the federal government’s illegal land grabs under the guise of the Clean Water Act. Your commitment to PLF empowers Chantell and Mike Sackett to take their case back to the Supreme Court to finally end the government’s longstanding abuse of vague navigable waters rules. Thank you!