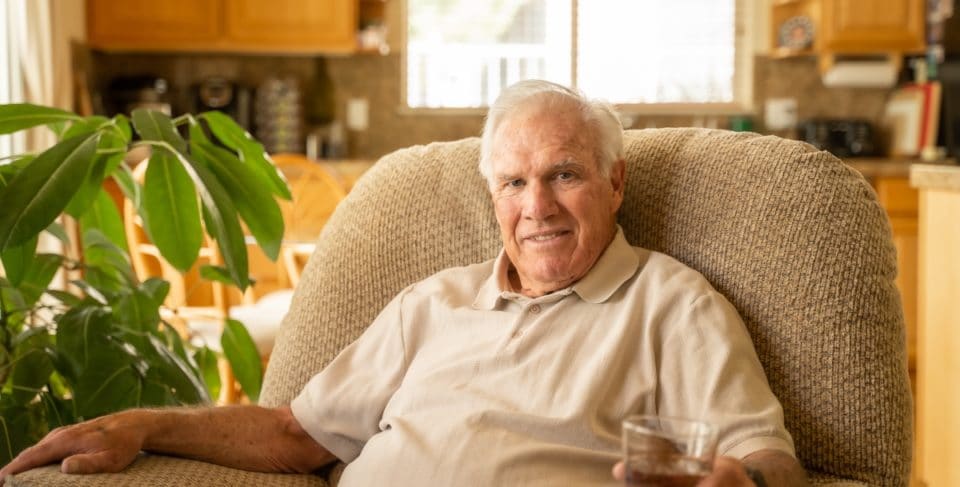 “We’re stuck. Our tenant is calling all the shots. And that’s not the way it should be.”— PLF client Howard Iten

As a U.S. Marine who served in Vietnam, Howard Iten believes in standing up for people who face government oppression.

Today, however, as a retired auto mechanic and small commercial landlord in California, Howard is the one under the thumb of a government policy that threatens his retirement security and his constitutional rights. Howard transitioned from Marine to mechanic when he returned from Vietnam and opened a repair shop in Los Angeles County’s Lawndale. He spent the next three decades serving his customers with pride in his clean, professional shop.

“You could eat your lunch off the floor; that’s how neat and clean I kept it,” Howard laughs. “I enjoyed running the business. I enjoyed the feeling of walking up to that building every morning and opening the door and looking at the clean shop. It reflected the type of person that I am and the type of business I ran.”

Howard’s enjoyment lasted until 2006, when, after a bout with prostate cancer, he retired, and his son began running the business. When his son decided to move on, Howard kept the building as a commercial rental property to supplement his Social Security and savings. He rented the space to an auto repair company franchisee.

The tenant unfortunately didn’t share Howard’s pride and work ethic. He allowed the shop to fall into disrepair and performed unauthorized and dangerous construction on the building. Howard and his wife, Pat, depend on the rental income to shore up their retirement, so they continued to honor the terms of the lease, hoping the relationship with their tenant would turn around.

Then COVID struck—and with it, a host of irrational government directives that purported to protect public health.

In April 2020, Lawndale enacted an eviction ban for commercial properties. This measure allows tenants to withhold rent payments, and landlords cannot evict them, even if they can pay, as long as they provide proof of pandemic-related hardship. A few months later, Los Angeles County, which had already banned commercial evictions outside city limits, extended its ban to cities like Lawndale. Unlike Lawndale, however, the county requires only word of mouth as evidence of harm for tenants with fewer than 10 employees—like Howard’s—further paralyzing landlords’ productive use of their own property.

Auto repair is considered an essential business operation, and despite being fully operational throughout the shutdowns, Howard’s tenant stopped paying rent last April, blaming COVID-19. The tenant now owes more than $30,000, but under the county’s rules, Howard cannot pursue unpaid rent until a full year after the eviction ban expires, and he can never collect interest or fees.

“We’re stuck,” Howard says. “Our tenant is calling all the shots. We’re at his mercy. And that’s not the way it should be. If somebody is failing in their responsibility to pay their lease, we should have the right to take legal action. Especially if he’s been open the entire time.”

The county’s eviction ban was supposed to expire last May, but it has been repeatedly extended. With no end in sight, along with many other local and state barriers to eviction, Howard and his tenant agreed to a new five-year lease last August. The new contract required extra monthly payments to cover the money owed to Howard from the prior lease. Other than the first installment, all of the tenant’s payments under the new lease have been late. While the tenant falls further and further behind, the county’s eviction ban has forced Howard to keep both of them afloat.

“We have money in our savings account that we’ve been drawing on and drawing down, and we’ve cut our living expenses to the bare bones. We’re getting by. But that’s all,” says Howard. “Yet we’re carrying him and his business. It’s just not fair.”

It’s even more unfair considering governments have been helping small businesses all throughout the pandemic. Yet landlords, who operate like any other business owners, must bear the pandemic’s financial burdens.

“The county’s eviction moratorium is not only unfair, it’s unconstitutional,” says PLF senior attorney Damien Schiff. “Government cannot simply upend contract obligations in response to the COVID-19 emergency while doing nothing to combat that emergency.”

Represented free of charge by PLF, Howard is fighting back in a federal lawsuit.

Howard’s case is among only a few cases nationwide to challenge a commercial eviction moratorium, but it’s a fight the Vietnam veteran feels custom-built to take on.

“I believe in the Constitution,” says Howard. “That document is the standard by which I try to live my life. I’m more than happy to fight for myself and for other commercial property owners who have to foot the bill for everyone else. It’s wrong, and it stinks.”

Government cannot undermine a lease contract or make burdensome emergency rules that do nothing to curb the emergency. Pandemic or not, when either residential or commercial tenants withhold rent, landlords have a fundamental right to take legal action.

Landlords operate like any other business. Broad eviction bans do little to stop a pandemic’s spread, but they significantly harm landlords’ livelihoods by forcing them to bear the brunt of the pandemic’s economic fallout. Your investment in PLF empowers Howard Iten to defend his retirement income and his rights. Thank you!