Why buy the land when you can get it for free? 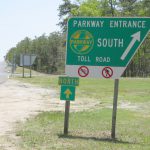 Why local governments fail to understand the Fifth Amendment takings clause, I will never know. It’s only been the law for 220 years or so, after all. It is rare that I can open the paper – or read a news site – and not discover a new example of an old problem: the government taking property without paying for the taking.

We see this happen in New Jersey quite often — in fact, Jonathan Wood just blogged about another case in NJ just yesterday. And we filed an amicus brief supporting a different New Jersey property owner yesterday, as well.

Although the trial judge in New Jersey did not have a problem with the town taking the Griepenburgs’ property without compensation, the appellate court did. It told the township that it had to pay the Griepenburgs if the town wanted the property.

The township would prefer to take the property for free, and thus it has appealed the case to the New Jersey Supreme Court. We filed an amicus brief supporting the decision of the appellate court, and these property owners.

If the town wants the Griepenburgs’ property, it must pay for it. So says the Constitution, and so says Pacific Legal Foundation.