In a case that will be heard next term, the Supreme Court will have to decide the limits of class action litigation.  In our amicus brief brief, PLF urges the Court to scrutinize those limits closely. 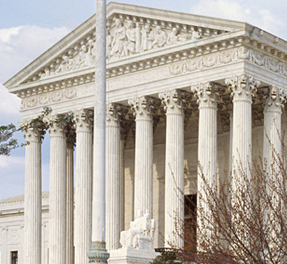 In Bouaphakeo v. Tyson Foods, a group of plaintiffs sued Tyson Foods for purportedly failing to pay them for the time they spent putting on and taking off their work clothing.  The plaintiffs worked in different positions, and the items they wore depended on their individual responsibilities and personal preferences.  Different employees chose to wear different materials, in different combinations, and to put them on at difference paces.  Tyson compensated employees for at least some of this time in different amounts, for different departments, during different years. Yet, despite the fact that Tyson’s liability could not be determined without reference to these many unique facts, the trial court certified the class.  It then imposed liability on Tyson based on the amounts owed to a sample of the class, which it then applied to the class as a whole.

As we argue in our amicus brief, the class should not have been certified, and liability should not have been imposed that way.  First, the main issue in the case—whether Tyson failed to pay overtime for putting on and taking off equipment—could not be resolved on a class wide basis.  The answer to that question depended on myriad factors unique to each plaintiff.  This was borne out by the way liability was actually determined at trial.  Rather than assessing whether Tyson was liable to each person, and if so, for who much, the court essentially determined liability through a trial-by-formula.  Tyson was entitled to an individual assessment of liability based on the different circumstances of each plaintiff. Deciding liability based on extrapolations from a sample of the class masks the differences among plaintiffs, and deprives defendants of their right to present individualized defenses.

As the Court has recognized, class actions may be useful, but they also threaten the due process rights of both plaintiffs and defendants.  The claims of several individuals are
consolidated, the process is streamlined, and the class members effectively lose the ability to decide whether, when, where, with whom, and against whom to file.  Class members lose their ability to choose their counsel. And nearly every decision counsel makes benefits some class members at the expense of others.  This notion goes against the very nature of adjudication in the United States, which under normal circumstances, vigorously protects individual participation throughout litigation.

Class actions also threaten the rights of defendants.  Defendants have a right to only pay damages to those whom they actually hurt. But the ability to present individualized defenses unique to each plaintiff will often be impractical in class actions.  Moreover, once a class is certified, a defendant is unlikely to let the case get to trial.  Class certification places defendants under irresistible pressure to settle. Many would rather abandon even meritorious claims rather than risk an erroneous damages award.

Accordingly, Federal courts to police class certification requirements closely.  Courts must ensure that all plaintiffs meet the requirements of Federal Rule of Civil Procedure 23—including commonality, and protect the rights of defendants to present individualized defenses.  Neither requirement was met in this case.