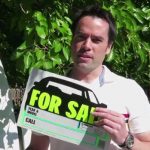 Last October, Pacific Legal Foundation and its client, Scott McLean, filed suit against the City of Alexandria, Virginia, for its unconstitutional ban on using city streets to sell a vehicle via a simple “For Sale” sign. In response, the City quickly suspended enforcement of the unconstitutional ban, although it reserved the right to begin reinforcing the ban as the city saw fit. Although we appreciated that the City quickly suspended the law, we noted that temporarily suspending the law did not solve the problem. PLF’s Christina Martin explained:

While a suspension is a nice start, the City should admit that the sign ban is unconstitutional and repeal it. In the meantime, PLF plans to move forward with our lawsuit until we vindicate the First Amendment rights of Scott McLean (and everyone who lives or visits Alexandria).

Three months later, the City contends that temporarily suspending the law resolves the constitutional question at the heart of this suit, and has moved to dismiss the case.

We disagree. To that end, PLF and its two fantastic local counsel in the case, Jason Torchinsky and Shawn Sheehy, electronically filed an opposition to the motion to dismiss with the Court yesterday. In the opposition, we explain why a temporary suspension of the speech ban did not moot the case:

The City has not demonstrated that any of McLean’s claims are mooted by the City’s temporary suspension of its sign ban. As the Supreme Court has repeated time and again, a defendant’s voluntary cessation of a challenged practice does not deprive a federal court of its power to determine the legality of the practice. Otherwise, the courts would be compelled to leave the defendant free to return to his old ways.

In this case, at a minimum the City must change or repeal the law before it could offer any serious argument that its actions may have mooted the case.

We believe the Court will agree with us and deny the motion, and look forward to the hearing on the motion set for later this month.