Daily Journal: A primer on amicus briefs as a tool to protect individual liberty 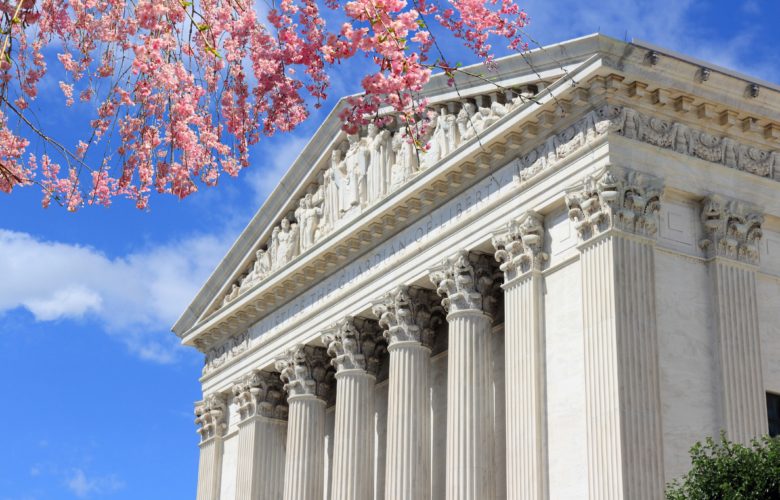 As a public interest legal organization, Pacific Legal Foundation litigates in multiple ways: Primarily, we initiate, defend and intervene in lawsuits on behalf of individuals and associations. These lawsuits champion the rights of our clients’ rights, and by extension, all Americans. We file as many as we can. Additionally, PLF files amicus curiae, “friend of the court” or amicus briefs in appellate cases that other attorneys or organizations are litigating. We do this to shift legal thinking and, ultimately, to move the law in the direction of liberty. PLF files dozens of amicus briefs each year in both federal and state courts and often participates as oral advocates those cases.

These briefs often represent individuals or associations whose rights will be affected in some way by decisions in cases to which they are not parties. Sometimes we represent PLF itself, drawing on our nearly 50 years of experience in certain areas of the law, such as property rights, to provide a liberty-oriented analytical framework to the court. In this way, PLF ensures that courts consider the public interest in an otherwise private dispute.

A well-crafted amicus brief can influence a court in a variety of ways.

First, an amicus brief can take a small issue from a complicated case and expand on it.

Second, an amicus brief can address larger fundamental issues in a narrow case, by providing a statewide or national perspective or showing how a regulation or statute at issue fits within a broader regulatory framework.

Third, an amicus brief can urge change in legal doctrine, presenting the best of the legal literature, examining deficiencies in current doctrine, and suggesting a new or modified approach to an ongoing problem.

Fourth, an amicus brief can demonstrate the real-life impact of the court’s decision, informing the court about the potential breadth of its decision and serving as an impetus to the court to fine-tune its reasoning.

Amici curiae have shaped judicial decisions in more cases than is commonly realized. In Mapp v. Ohio, the Supreme Court adopted the exclusionary rule as the remedy for unconstitutional searches at the suggestion of an amicus. In Knox v. SEIU, the Supreme Court ruled that public employee unions could not deduct mid-year assessments from employee paychecks for political activities without the affirmative consent of each employee — a position advocated only by PLF as amicus.

Beyond the filing of amicus briefs, PLF has been participating in oral argument more frequently as amicus, particularly in property rights cases. For example, in Chmielewski v. City of St. Pete Beach, the city built a public arts center across the street from the Chmielewski family’s beachfront home. The city put up signs directing the public to their private beach, and cleared a private trail running from the arts center to the beach through their backyard. The family sued when the city refused to stop the public invasion that it had orchestrated. When the case reached the 11th U.S. Circuit Court of Appeals, PLF filed an amicus brief explaining that a city must be held responsible for an unconstitutional taking when it either intends for the public to trespass or when the public’s invasion is the foreseeable result of the city’s actions. PLF attorney Christina Martin argued before the panel. During her argument, one of the judges specifically thanked PLF for our participation in the case and, ultimately, the court’s decision tracked PLF’s arguments from both the brief and oral argument.

As part of PLF’s drive to eliminate home equity theft, we recently argued as amicus before the 6th U.S. Circuit Court of Appeals in Freed v. Thomas (pending) that federal courts have jurisdiction to review claims seeking a return of surplus home equity that was taken through tax foreclosure proceedings in Michigan. Later this summer, PLF will advocate as amicus before the Florida Supreme Court arguing that the state must pay just compensation after its destruction of citrus orchards to prevent the spread of a disease that was infecting the trees, and before the Florida Court of Appeals to argue that building permit condition is so unrelated to the proposed development as to violate the takings clause.

By filing amicus briefs, PLF and other public interest groups influence the development of the law, and by participating in oral argument, amici can further underscore the importance of the key constitutional principles advocated in the briefs. Courts’ willingness to hear and consider these voices furthers the cause of justice.

This op-ed was originally published by Daily Journal on July 22, 2020.