Florida growls back at PLF

Yesterday, the State of Florida filed its response to Pacific Legal Foundation’s lawsuit 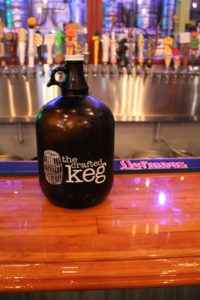 on behalf of The Crafted Keg. In that suit, PLF seeks to overturn Florida’s irrational ban on 64-ounce beer growlers. Not surprisingly, the government has moved to dismiss the case, once again reflecting that governments rarely meet a PLF case that they like.

We look forward to arguing to the district court that the state’s growler prohibition is unconstitutional. We will premise our argument in part on a point we made in the pages of the Orlando Sentinel earlier this week:

Economic freedom—the right to earn a living by running a business free from unreasonable interference by the government—is one of the central elements of the American dream. From the very founding of the country, Americans have cherished the opportunity to start a business, provide for themselves and their families, and make their customers happy and their communities strong.

Arbitrary restrictions on economic freedom, like Florida’s senseless growler ban, deprive entrepreneurs of the freedom of choice guaranteed by the Constitution.

Or, as our clients explained in that same op-ed:

“We want to give everyone great service, but the growler restrictions are a barrier,” Piasecki says. He adds that the case isn’t just about their own business. “It’s for the principle of the thing. It’s about freedom and free enterprise.”

Thanks to the Orlando Sentinel for publishing our op-ed. And thanks to radio host Zeb Bell, who asked PLF to discuss its growler lawsuit on his popular radio show this past Monday. You can hear (and watch) that interview at this link.