In Memoriam, Ronald A. Zumbrun 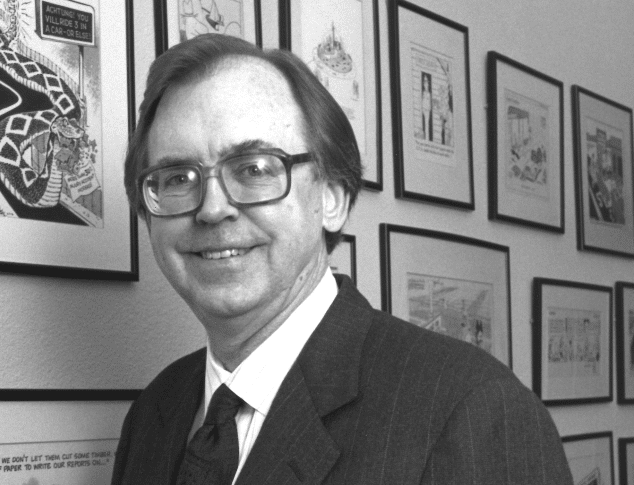 It is with deep regret that we report that Pacific Legal Foundation’s first president, Ronald A. Zumbrun, passed away on March 9, 46 years after he helped found the organization. He was 84.

Ron graduated from Pomona College in 1957 and from the University of California’s Boalt Hall School of Law at Berkeley in 1961. Working his way up in state government, Ron became Governor Reagan’s deputy director for legal affairs in California’s Department of Social Welfare. There, the Governor tasked Ron to defend the California’s welfare reform program – which was designed to give more meaningful benefits to those who truly needed public assistance. Numerous organizations purporting to be acting in the “public interest” sued to stop the reforms that Reagan had pushed through.

It was then that the Governor and others decided that there should be a new voice – one that acts in the “public interest” on behalf of ordinary citizens not beholden to special interests but instead a voice that seeks to find balance in environmental regulation, that defends rights in private property, and supports efforts to reform governmental programs in need of reform.

With a small budget of $117,000 for its first ten months and Ron as its first president, PLF was founded on March 5, 1973. It was the nation’s first full-spectrum public interest law firm representing a range of conservative and libertarian interests including free enterprise, individual and economic liberty, and freedom from government-sponsored discrimination. As Ron explained to a reporter from the ABA Journal, the need for the Foundation “came out of the recognition that there was an imbalance before the courts when the courts were dealing with major public policy issues. We felt there was an absence of a voice, a need for additional facts, legal analysis, and public interest presentation. So we started with the purpose of doing our best to fill part of that gap.” During Ron’s tenure as President, the Foundation began providing that balance in a string of successes in courts ranging from the state trial courts to the Supreme Court of the United States.

It also served as the model for a string of similar like-minded public interest law firms across the country that have served the nation well in the defense of individual and economic liberties.

As a young lawyer, fresh out of law school when Ron hired me many years ago, I remember well Ron’s passion for our clients – the ordinary folks who were simply trying to build a home, run a business, operate a family farm, and otherwise be free from overbearing bureaucrats. He instinctively understood that our cases were not about us, not even about the arcane nuances of the law we often must argue, but more about the lives of the people we’ve been proud to call our clients. Ron Zumbrun was, and still is, an inspiration to public interest lawyers everywhere who cherish the individual liberties our Founding Fathers sought to protect. Lawyers who have dedicated their careers to preserving the Founders’ promise of freedom and who litigate in the courts across the nation owe a debt of gratitude for Ron’s legacy in public interest law.

Ronald A. Zumbrun will be missed.