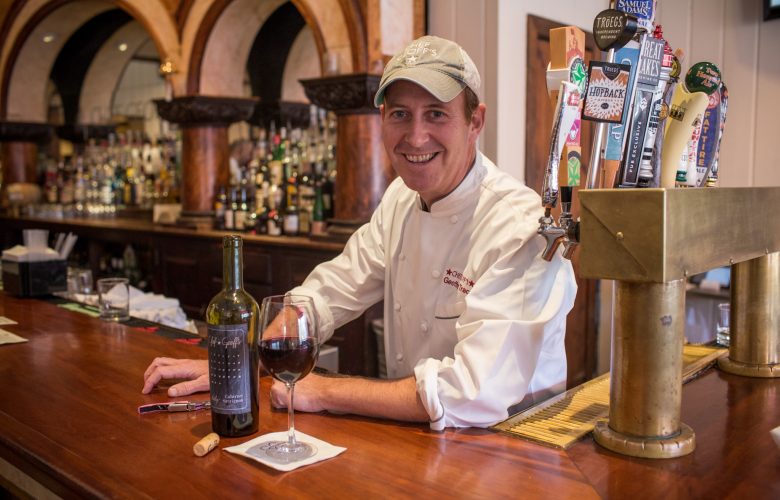 It’s been almost a year since Geoff Tracy and his restaurant, Chef Geoff’s, filed a First Amendment lawsuit asking a federal court to strike down Virginia’s happy-hour advertising laws. In the Old Dominion, it’s legal for businesses to offer happy hour. It’s just illegal for them to talk about it. Those that dare to advertise the happy-hour price of a beer or use creative terms such as “Sunday Funday” to pitch the demon rum face big fines or a suspended permit from the state’s Alcoholic Beverage Control Authority. Virginia may be for lovers, but it’s not for lovers of free speech.

After many months of litigation, Tracy is eager to present his arguments to the court. Given clear Supreme Court cases declaring it unconstitutional to restrict people from communicating truthful information about their legal business practices, one might expect ABC and the attorney general’s office, which represents it, to have abandoned the policy of censorship. Instead, the two are doubling down on their efforts to defend Virginia’s paternalistic law, recently adding some of the state’s most senior government lawyers to the case and escalating fights in discovery — which needlessly intimidate plaintiffs and drive up everyone’s expenses. In what ought to be a simple case with nary a disputed fact, the government demanded several depositions of Chef Geoff’s employees, most of whom have nothing to do with the First Amendment case. They also sought thousands of pages in financial reports detailing the sale of every item sold by the hour — every hour going back six years — from nine restaurants (six of which aren’t even in Virginia). So far, Chef Geoff’s has produced more than 68,000 pages of sales information. ABC wants more.

Depositions and document requests are expensive and entail opportunity costs. Don’t high-level officials at the attorney general’s office have serious crimes to prosecute?

The government’s use of time and resources to mount a zealous defense of happy-hour censorship is even odder considering that modern First Amendment law makes Virginia’s censorship blatantly unconstitutional. In 1996, the Supreme Court struck down a Rhode Island law that prohibited businesses from publishing the price of alcoholic beverages. The court held that states may not censor truthful information merely because the government thinks hiding information is “good for you.” Laws prohibiting advertisements of gambling, cigarettes, pharmaceuticals and beer alcohol content have all met the same fate at the high court because there’s no “vice exception” to the First Amendment.

The government’s theory in Tracy’s case appears to be that if businesses are allowed to advertise happy-hour specials, competition for customers will drive down prices — sending Virginians into a happy-hour binge fest. An expert hired for the lawsuit by ABC (at a cool rate of $300 an hour) opines that lower happy-hour prices contribute to overconsumption.

That seems silly. Plenty of places, including the District and Maryland, allow businesses to advertise happy-hour prices without incident. And if the state really wanted to exercise paternalism, it could do so without violating the Constitution by regulating prices directly rather than resorting to censorship. It’s doubtful, however, that Virginia voters would appreciate the resulting higher prices, which may explain precisely why the state resorts to subtle censorship rather than outright price regulation.

A misunderstanding of free speech is endemic to the government’s case. One complaint made repeatedly by the attorney general’s office during the litigation is that Chef Geoff’s attorneys have made Public Records Act requests of the ABC while the case is ongoing — something courts across the country (and the Virginia bar) have said is a perfectly appropriate exercise of one’s First Amendment right to petition the government. It’s interesting that the attorney general’s office should try to deprive Tracy of that right in a lawsuit brought to vindicate nothing other than the First Amendment.

The ABC and the attorney general’s office are tasked with protecting public health and safety. When it comes to defending the happy-hour law, a shot of perspective would help. As the Supreme Court has said, free speech, not censorship, is in the public’s best interest.

Anastasia Boden is a lawyer with Pacific Legal Foundation.

Free speech protects ideas, including the right to truthfully advertise June 03, 2021 I By JIM MANLEY

Championing happy hour (in Virginia and beyond) July 18, 2019 I By NATHANIEL HAMILTON

Richmond Times-Dispatch: After an intense legal battle, Virginia restaurants are free to advertise happy hour prices and puns June 24, 2019 I By ANASTASIA BODEN