Marks madness continues – because Supreme Court did its job 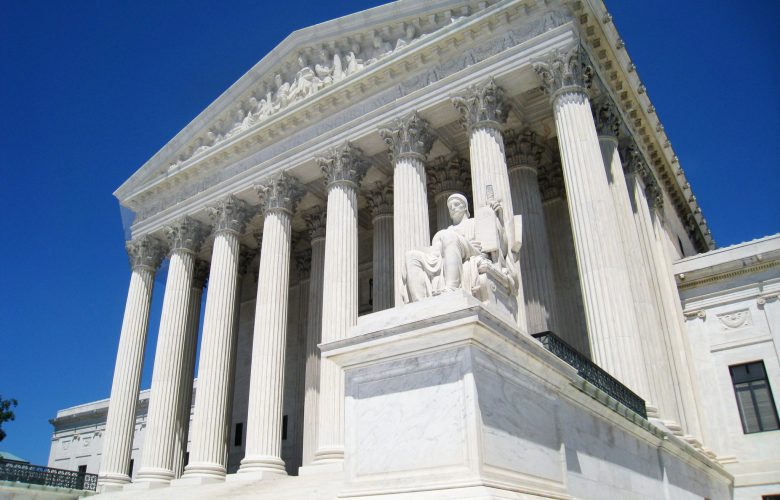 Aside from today’s highly anticipated First Amendment case involving something about cakes, the Supreme Court also issued an important decision in Hughes v. United States. The Court accepted Hughes as a vehicle to clarify what the lower courts should do when the Supreme Court decides a case with no majority opinion. The Court had done so in 2011 in Freeman v. U.S., on whether inmates who plea bargain are eligible for sentencing reductions when the Sentencing Guidelines for the crimes to which they plead guilty are revised downward. Four justices said “yes” under one set of conditions (in a plurality opinion by Justice Kennedy), one (Justice Sotomayor) said “yes” under a different set of conditions, and four (in a dissent by Chief Justice Roberts) said “no” under any conditions. The circuit courts then split on whether the four justice plurality by Kennedy or the single justice concurrence by Sotomayor provided the rule of law from the decision.

The Court granted Hughes in order to clarify what to do with its fractured decisions, and PLF filed an amicus brief on behalf of our Clean Water Act clients because the key case on the geographic scope of federal control under that Act is also a 4-1-4 split decision, Rapanos v. U.S. We argued that the four member plurality by the late Justice Scalia in Rapanos is the controlling opinion in that case, and offered some proposals for how the Supreme Court could clarify what lower courts should do with such decisions.

Today, the Court surprised many observers by resolving the underlying question in Freeman with a six vote majority, rather than leaving the 4-1-4 Freeman split in place with clarification on how to apply it. Justice Sotomayor abandoned her prior position and joined what is now the majority under Justice Kennedy’s opinion. In a gracefully written concurrence, Justice Sotomayor states that she still finds her Freeman concurrence persuasive as the best reading of the statute in question, but recognizes that the greater clarity, uniformity, predictability, and overall fairness of a clear majority rule outweigh her prior judgment and lead her to “lend [her] vote to the majority and accede in it holding[.]”

Perhaps even more intriguing, Justice Gorsuch joined the majority in this decision. He succeeds Justice Scalia, who voted with the dissent in Freeman. But now in a couple of important criminal law decisions Justice Gorsuch has sided with what might simplistically be called the “liberal” membership of the Court. Last month in Sessions v. Dimaya he joined Justice Kagan’s majority opinion striking down a criminal provision of the immigration laws as void for vagueness, writing a separate concurrence and parting with the “conservatives” in that case. Today he also departs from Chief Justice Roberts and Justices Thomas and Alito, who maintain their dissenting position from Freeman.

And though the question of how to read Rapanos and other fractured decisions will unfortunately now be delayed for another day, it is good news that the Supreme Court “avoided” that question by resolving the underlying question on the merits with a clear majority. The more often the Court announces clear rules of law, the less we all have to worry about what happens when it can’t.