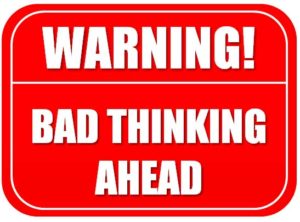 Last week, in Montemayor v. Sebright Products, Inc., a 4-3 majority of the Minnesota Supreme Court held that any “close” tort case must go to a jury.

This case involves a tragic accident that led to the serious bodily injury of Nereus Montemeyer as a result of his employer’s misuse of an industrial extruder and its failure to adequately train employees on the equipment’s proper use. Montemeyer received workers’ compensation for his injuries and his employer, VZ Hogs, LLP, paid substantial fines for its neglect. Montemayor then sued Sebright Products, the manufacturer of the equipment, arguing a variety of design defect and failure-to-warn theories.

It is a recurring theme throughout products liability law across the United States that a manufacturer’s warning, in conjunction with the obviousness of the risk, puts users on notice of the danger. Both make the injury unlikely to occur. Where a person proceeds despite explicit warnings and in the face of that obvious risk, the manufacturer is not liable for the resulting injuries. Here, the extruder functioned as designed and the existing warnings—as well as common sense—should have sufficed to keep workers outside of a crushing machine (nicknamed “the smasher”) still connected to its power supply. Both the trial court and appellate court granted summary judgment to Sebright for precisely these reasons.

But a sharply-divided Minnesota Supreme Court reversed. Authored by Justice McKeig, the majority opinion relied on what it described as “expert reports” to find that whether the machine might have been misused in this particular manner and whether that misuse was foreseeable was a “close question” that precluded summary judgment. Chief Justice Gildea, joined by Justices Anderson and Stras, vehemently disagreed: “[I]t  is  not  reasonable, as a matter of law, common sense, or public policy, to expect a manufacturer to  foresee—absent  any  admissible  evidence—that  the  safety  device  it  installed  on  the  machine would be disabled and that an employer would violate multiple safety regulations in using the machine.” The dissent particularly took issue with the plaintiff’s “expert reports,” which it described as post hoc conclusory statements that Sebright should have foreseen the chain of events that occurred. Moreover, because these “reports” were simply letters from an expert to the attorney who hired him, they were inadmissible hearsay that should not have been considered at all.

As PLF explained in its amicus brief, because products might be misused in myriad different ways, and because a jury might deem any and all of those misuses foreseeable in hindsight, it is important that courts police this limit carefully. The Minnesota Supreme Court’s decision fails utterly to do this; instead, as the dissent phrases it, the majority “imposes a duty on manufacturers to design an ‘accident-proof or fool-proof’ product.”

A rule requiring manufacturers to bear the cost of deliberate and egregious product misuse results in products engineered to guard against phantom risks at the expense of utility, encourages careless behavior, and forces careful users to bear the costs of other individuals’ irresponsible actions. Limiting liability to cases where the product is actually defective, not merely capable of being egregiously misused, underscores the fact that society generally favors the manufacture and use of products. The majority decision ignores these important policy considerations, ultimately to the detriment of Minnesota manufacturers, consumers, and workers.