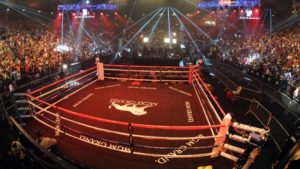 Laaaaaadies and gentlemen! In this corner: the National Labor Relations Act, a national heavyweight born in the New Deal, protecting workers’ rights to “concerted activities” for their mutual benefit! And in this corner: the Federal Arbitration Act, a powerful 1925 rebuff to the judiciary’s then-hostility to arbitration, protecting the freedom of contract so employers and employees can agree to resolve their workplace disputes in individual arbitration (meaning: no class actions)! Which statute will win the battle for supremacy?

As the 2016 Supreme Court Term opens, the Justices will consider three petitions presenting the same question: If workers and employers agree to resolve their disputes on an individual basis, does that agreement violate the NLRA’s protection of “concerted activities”? Until very recently, every court to consider the question found no problem at all—workplace disputes could be arbitrated just like consumer disputes. The National Labor Relations Board, however, steadfastly held to its position that such contracts are unlawful. This “policy of nonacquiescence” to the court holdings finally found purchase in the Seventh and Ninth Circuit Courts of Appeals, which created a split by invalidating employment contracts that require individual arbitration. Employers in both cases quickly asked the Supreme Court to resolve this question: The Seventh Circuit case, Epic Systems Corp. v. Lewis, was filed on September 2; and the Ninth Circuit case, Ernst & Young LLP v. Morris, was filed on September 8. Not to be left out, the National Labor Relations Board itself filed a petition on September 9 in National Labor Relations Board v. Murphy Oil USA, challenging a Fifth Circuit opinion on the same issue that upheld an individual arbitration contract.

PLF filed an amicus brief supporting the Epic Systems petition and urges the Supreme Court to review both the Seventh and Ninth Circuit decisions. Las Vegas oddsmakers have not yet weighed in, but the irreconcilable circuit split in the context of explicit agency defiance of federal court decisions gives these petitions a better-than-even chance of success.