NY Court of Appeals: No control = no tort liability 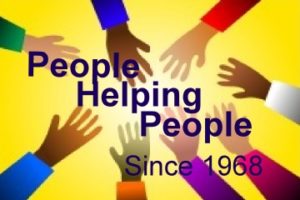 Last Thursday, the New York Court of Appeals unanimously relieved a drug-treatment halfway house of liability for a former resident’s subsequent assault on his mother’s boyfriend. The case, Oddo v. Queens Village Committee for Mental Health for Jamaica Community Adolescent Program (JCAP), arose when Sean Velentzas violated JCAP’s rules by drinking alcohol and assaulting another resident and JCAP told him that, as a consequence, he was being discharged from the alternative-to-incarceration program. When Velentzas became enraged by his expulsion, JCAP staff called 911, and the responding police escorted Velentzas off the premises and released him. Velentzas then went to his grandmother’s house and violently assaulted Anthony Oddo. Oddo sued JCAP for negligence in releasing Velentzas. The intermediate appellate court issued a split decision holding that JCAP had a duty to protect Oddo from Velentzas, and the New York Court of Appeals (the state’s highest court) has now reversed.

The court’s decision focuses on control: Because JCAP lacked control over Velentzas after he was properly removed from the premises by the police, JCAP owed no duty to protect Oddo or any other member of the general public from Velentzas’ subsequent predations. This is entirely consistent with PLF’s amicus brief, which argued that “the potential for unlimited liability looms large if an organization owes a duty to the general public for crimes committed by former residents who were not on the organization’s premises, that is, for the criminal actions of people over whom the organization has no custody or control.” Justice Abdus-Salaam, writing for the court, echoed this principle: “[I]t is difficult, if not impossible, to determine when JCAP’s duty to protect the public from Velentzas would end if any duty existed beyond his discharge. It is unreasonable to impose upon facilities like JCAP a duty to protect the public from individuals they have dismissed from their charge because the duty would essentially be limitless.” The court also agreed with PLF that if alternative treatment facilities can be liable to the general public for criminal actions of properly discharged former residents, this will discourage organizations from participating in alternative programs, contrary to New York’s public policy “aimed at helping certain defendants overcome substance abuse issues and obtain treatment for mental health issues.” This decision is welcome news for alternative-to-incarceration programs and the troubled individuals who take advantage of the opportunities they offer.