Blog > Issues > Property Rights > On the road to the Sixth Circuit

On the road to the Sixth Circuit 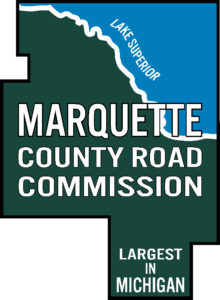 Regular readers know that earlier this year PLF joined the Marquette County Road Commission‘s fight in Michigan federal court to build a road to serve the needs of its community over the arbitrary and capricious objections of the EPA. For those who need to catch up on the background, you can read an excellent summary of the case here.

This week, the trial court—which previously held the Road Commission did not have the right to challenge the EPA’s veto of the road project—heard arguments designed to convince the court to reverse its decision and open the courthouse doors to the Road Commission. We walked out of the courtroom unsure of how the court would rule but confident in our position.

The trial court confirmed our uncertainty in its ruling received after the hearing. The court rejected our argument that PLF’s subsequent, unanimous win in the Hawkes case merited a reversal of the court’s earlier decision to deny the Road Commission the right of access to the courts. PLF believes the trial court’s rejection of Hawkes—where the Supreme Court unanimously held that land owners in a similar position to the Road Commission had the right of access to the courts to challenge the Army Corps of Engineers’ arbitrary decision making—is legally reversible error. Land owners have the right of access to the courts to challenge final agency decisions that have legal consequences, and this EPA decision to veto the Marquette County road project most certainly is final and most certainly has consequences. For that reason, PLF will take this case to the appellate court: the Sixth Circuit Court of Appeals in Cincinnati.

We expect that court to right this wrong.