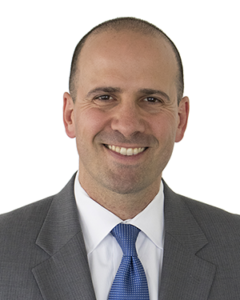 Pacific Legal Foundation’s Board of Trustees has named Steven Anderson, a leading national advocate for property rights and prominent executive in the freedom-based legal movement, as PLF’s new President and CEO.  He will take up the post on September 1.

Steven comes to PLF from his current position as Executive Vice President and Chief Financial Officer of the Institute for Justice, where he is responsible for leading day-to-day operations and oversees multiple business functions, including litigation, activism and outreach, legislative affairs, financial management, regulatory compliance, and human resources.

“We are thrilled to have a dynamic and demonstrated leader like Steven Anderson join the PLF team at such a pivotal time in the organization’s history,” said Greg M. Evans, Chair of PLF’s Board of Trustees.  “Steven has an optimistic vision and comprehensive strategy to take PLF to even greater levels of growth and prominence in the national arena.  With his thoughtfulness and diverse leadership skills as a senior manager, the future of PLF is incredibly bright.”

Steven takes the helm at a time when PLF’s historic mission, as a leading legal champion for property rights and limited government, is gaining even more momentum.  The U.S. Supreme Court accepted an unprecedented two PLF property rights cases in the past year.  In U.S. Army Corps of Engineers v. Hawkes, the justices recently delivered PLF and its clients a unanimous victory, holding that property owners have a right to appeal key Clean Water Act regulatory decisions.  Meanwhile, the Court is set to hear PLF’s case challenging an unconstitutional taking in Murr v. State of Wisconsin in October.

“I am deeply honored and humbled to join Pacific Legal Foundation after closely following, and enthusiastically admiring, the organization throughout my career,” said Steven.  “PLF’s rich history of defending Americans’ constitutional rights, and its impressive record of nine consecutive victories at the Supreme Court, are a testament to its important place as a leader in the freedom-based public interest legal movement.

“I look forward to helping PLF continue to enhance its national brand, and further expand its resources and capacity to defend fundamental freedoms for all Americans,” he said.  “I have devoted my professional career to advancing the public interest legal mission.  This is a critical time for the country and I am honored to be given a once-in-a-generation opportunity to lead this exceptional organization into the future.”

Steven succeeds Robin L. Rivett, who retired in May after a decade as President, capping his 41-year career with PLF.  His tenure as President saw notable growth in PLF’s national profile, and major legal successes at every level of the judiciary.

Beyond his task of setting overall strategy, Steven will provide policy guidance to the legal program and participate with the legal staff and the Board of Trustees in litigation case review and approval.  Steven will also have a principal role in PLF’s fund-raising and communications programs as the leader of the Foundation.

Before becoming IJ’s Executive Vice President and Chief Financial Officer, Steven worked as the Director of IJ’s Castle Coalition, taking a leading nationwide role in the fight against eminent domain abuse.  He worked with property owners, legislators, grassroots activists, and the media to protect homes, farms, and small businesses and to improve eminent domain laws across the country.

“Steven has been a valued member of the management team at IJ and has played a key role in our work to advance private property rights,” said Scott Bullock, President and General Counsel of the Institute for Justice.  “We know that he will be an outstanding leader of PLF.  We look forward to complementing each other’s efforts in the future.”

“Having a seasoned champion of property rights like Steven at our helm will further cement PLF’s legacy as a leading defender of this fundamental liberty,” said James S. Burling, PLF Director of Litigation.  “Steven is highly regarded as a property rights lawyer, policy reformer, and legal advocate.  It’s great to have him on our team.  Because both PLF and IJ are so committed to limited government and vindicating constitutional rights, we welcome the opportunity to build upon our existing relationships and redouble the effectiveness of our work.”

A Norfolk, Virginia, native, Steven received his undergraduate degree with distinction from the University of Virginia, and his law degree from Wake Forest University.  Prior to joining IJ, he practiced law in both Virginia and North Carolina.  In addition to his duties at IJ, he has taught legal research, writing and advocacy at The George Washington University Law School.

PLF is headquartered in Sacramento, where Steven will be moving with his wife, Lyndsay, and two sons, Thomas and Henry.