PLF and The Crafted Keg work together and free the growler! 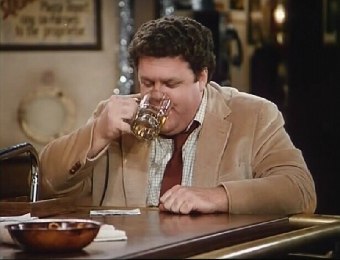 Pass the beer nuts, Woody. The Governor freed the growler!

Governor Rick Scott signed the bill freeing the 64-ounce beer growler in the State of Florida!

For years, Florida law prohibited craft beer brewers and sellers from offering their beverage in the standard-size container used throughout the country. The restriction amounted to crony capitalism at its worst, helping the big beer industry while holding down the types of small businesses that drive the nation’s economy. PLF teamed up last year with The Crafted Keg and sued the State of Florida for this irrational restriction on economic liberty. After we filed the suit and CBS News broadcast a national story about our case, the Legislature finally got its act together and passed a bill unanimously to fix one of the dumbest laws in the nation. And today, the Governor signed the bill into law. Governor Scott explained why he signed the law:

“By making the sale of 64 ounce growlers legal in Florida, we are eliminating another burdensome regulation and allowing more Florida businesses to succeed. We are pleased to continue to create a world class business environment where all businesses, including breweries, can succeed.”

Kudos to Governor Scott for signing the bill; since this week is American Craft Beer Week, his timing is impeccable.

Sometimes you can fight city hall and win.  Pacific Legal Foundation’s track record on that score speaks for itself. Other legal organizations and craft beer sellers considered this lawsuit but passed because they were afraid to lose. The Crafted Keg and PLF, on the other hand, took on the State of Florida and made a difference. I’ll drink to that.