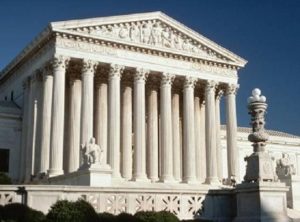 Pacific Legal Foundation (PLF) today petitioned the U.S. Supreme Court to take review of a case that asks whether the Fourteenth Amendment to the U.S. Constitution, which guarantees that no state shall “deprive any person of life, liberty, or property, without due process of law,” applies to private property. The question may seem obvious, given the language of the Constitution, but the Eleventh Circuit Court of Appeals recently held, in Kentner v. City of Sanibel, that private property is not among those fundamental rights that are protected by due process.

The case arises from a Sanibel ordinance that banned the construction of new docks and accessory piers on a stretch of San Carlos Bay, extending from the city lighthouse to Dixie Beach, without any exceptions. When the city built a new dock in the restricted area ban, several shoreline property owners challenged the ordinance as unlawfully depriving them of their well-recognized, common law right to build a dock. The landowners relied on nearly a century of U.S. Supreme Court cases, holding that due process demands that a property restriction substantially advance a legitimate government interest—laws that are arbitrary or irrational violate due process and are invalid.

The Florida district court, however, dismissed the property owners’ claims, and the Eleventh Circuit affirmed, because it does not recognize that property is a fundamental right worthy of the protections guaranteed by the Due Process Clause.

PLF is petitioning the Supreme Court in this case on behalf of David and Susan Kentner, and Robert and Diane Williams. The Kentners and Williamses were among several residents and businesses in the San Carlos Bay area affected by Sanibel’s dock ban. By denying their due process rights, the Eleventh Circuit effectively barred the Kentners and Williamses from any meaningful opportunity to challenge the dock ban.

According to the Eleventh Circuit, however, a city can prohibit a landowner from exercising his or her property rights simply because the city thought it might be a good idea, without having to show that the restriction is in any way necessary for the health, welfare, or safety of the community at large. That rule is wrong, and is harmful to property owners who should be free of such irrational restrictions on their land.

You can read Pacific Legal Foundation’s petition for writ of certiorari here.