Imagine your state limited the number of drivers licenses to less than those already issued, in order to reduce greenhouse emissions (which many argue raise global temperatures). And then, it sold the right to your license at auction to the highest bidder. How much would you be willing to bid just to keep your drivers license? Do you have enough to outbid the local taxi company, or owners of trucking fleets, or your affluent neighbors for whom cost is really no object? Does this sound like the sort of thing that your government should be able to do to you? 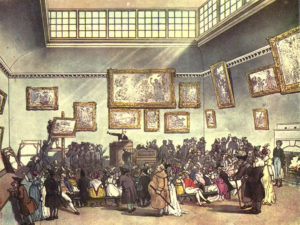 What am I bid for your next door neighbor’s driver’s license?

Something like this actually is happening, but PLF is using the California Constitution to fight it. On Monday of this week, PLF filed a supplemental briefing letter with the California Court of Appeal, addressing several questions posed by the Court in Morning Star Packing Co. v. California Air Resources Board. This case challenges an unconstitutional tax that the Air Board is coercing from fuel users and businesses, and spending on over-budget, under-performing special projects like High Speed Rail.

What’s this all about? California is imposing a rationing scheme on its citizens, limiting their use of gasoline, diesel, coal, and natural gas, for electricity, heating, cooking, and transportation. This is the Cap and Trade regulation, by which the California Air Resources Board is limiting the aggregate greenhouse gas emissions from the use of these fuels in the state.

Cap and Trade requires anyone with equipment that uses fossil fuels and produces large amounts of CO2 (e.g., the boilers used in food processing) to hold a permit for each ton of CO2 produced. The state limits the number of permits; this limits the volume of emissions and the amount of fuel that can be used. Many businesses in California have legally operated such equipment for decades, and cannot operate without it. They now face the need to obtain these permits, or simply close.

Never one to waste a crisis, California is auctioning a large percentage of these permits to the highest bidders (some of whom are speculators who do not even need the permits). The quarterly permit auctions have raised billions of dollars so far, and are expected to raise tens of billions more. And no legislator ever voted to approve this emissions tax.

But there are constitutional limits, in California, on how much you can be charged for a permit. Proposition 13 requires a 2/3 vote of the state legislature for new taxes, and the California Supreme Court has said that the only relevant exception to this requirement is for run-of-the-mill permit and regulatory fees. Such fees cannot exceed the reasonable cost of administering the permit program, must be fairly apportioned among those who pay them, and must be reasonably related to the burdens which the permit holders impose on the public. The Cap and Trade auction is an unconstitutional tax because it violates these limits.