On April 20th, PLF will host an event on occupational licensing reform in California.  Author Dick Carpenter will talk about his book Bottleneckers, followed by a panel discussion 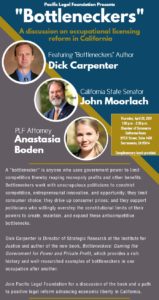 Bottleneckers describes the phenomenon whereby interest groups harness government power to limit competition.  Occupational licensing is one of the most egregious examples; today, nearly 2/3 of Americans need government permission in the form of a license just to do their job.  Yet many licensing requirements have no relationship to protecting public safety, and instead exist for the simple purpose of protecting existing businesses from new competition.  PLF’s Economic Liberty Project is devoted to fighting such laws in courts across the nation.

Senator Moorlach has sponsored Senate Bill 247, which would deregulate various professions that patently need not be licensed.

In California, hearing aid fitters, makeup artists, upholsterers, and auctioneers are all required to have a license, stifling economic opportunity for people who wish to pursue these professions. Yet study after study has shown, that occupational licensing often denies people entry into their chosen field without any corresponding benefit to the public.  Indeed, by driving up the cost of doing business and restricting the number of workers, occupational licensing laws often artificially raise prices, and deprive consumers of choices.

Please join our event for an invigorating discussion about potential reform for government abuse.  Not to mention, the first 10 to RSVP get a free copy of Bottleneckers! 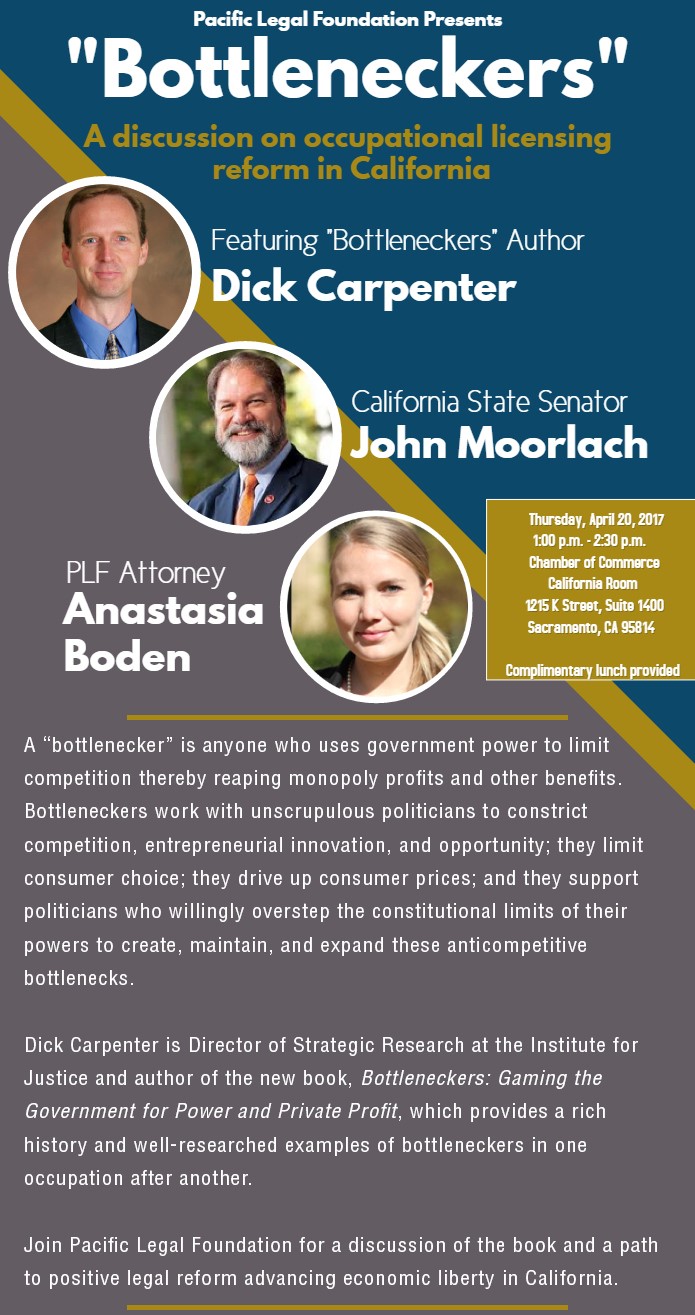