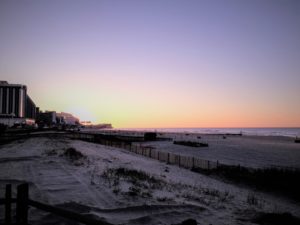 Earlier today, Pacific Legal Foundation filed a friend of the court brief in the appellate courts of New Jersey opposing that state’s failed attempt at an unconstitutional land grab in Atlantic City. PLF proudly supports attorney Robert McNamara and the Institute for Justice as IJ fights the good fight for its client, Charlie Birnbaum.

The New Jersey Casino Reinvestment Development Authority (CRDA), a state agency, sought to take the Atlantic City family home of Charlie Birnbaum. Birnbaum’s family had owned the home for decades, but that didn’t matter to state bureaucrats. The CRDA admitted it wanted the property to benefit privately-owned casinos, saying that: “The state has recognized the economic engine is the casinos, and Atlantic City is vital to the success of the State of New Jersey. That’s the public purpose here.”

The Fifth Amendment to the Constitution says in part:  “nor shall private property be taken for public use, without just compensation.” Taking Birnbaum’s private property to benefit a privately owned casino does not equate to a public use, and the CRDA’s contention that doing so serves a “public purpose” is both misleading and untrue.To add insult to injury, the casino the CRDA sought to benefit, known as “Revel,” went belly up within a few years of its opening its doors—a Revel without a cause, if you will. Yet the CRDA foolishly doubled down on its takings bet, pressed its hand in court, and continued (and continues) to demand Birnbaum’s property.

Two decades ago, the CRDA played this same game in Atlantic City and lost.  You may have heard about that case since the owner of the casino behind that attempt at a government taking has lately been in the news.

In that earlier case, the CRDA went after Vera Coking’s home to benefit Trump Plaza casino. The New Jersey courts said no dice and told the CRDA that taking a person’s private property to benefit a privately-owned casino does not amount to taking property for public use, even if the casino is owned by the future President of the United States (well they may not have said that last part).

But, after reconsideration by the trial judge, Birnbaum won a victory for all Americans. He and his attorneys from the Institute for Justice convinced Judge Mendez to reverse himself.

Looking at the case with “a fresh set of eyes,” Judge Mendez held that the government’s “awesome power” to take private property must comply with the Constitution. He concluded that the CRDA’s nebulous idea to remake Atlantic City by taking Birnbaum’s property without a concrete plan for how to use the property for the public, did not amount to sufficient protection for the private property rights we all possess. The government cannot take your property for public use unless it both spells out what public use it intends for the property, and a plan put forth to actually show that the government will follow through with the plan it proposed.

The judge did not mention the infamous Kelo v. City of New London decision of the United States Supreme Court in 2005, but he could have. In that case, the city of New London, Connecticut, authorized the New London Development Corporation, a private body, to take an entire neighborhood for private development. Susette Kelo, who lived in that neighborhood, fought the taking of her family property all the way to the Supreme Court—and lost. The Court held that economic development amounted to a “public use” under the Fifth Amendment and that the government could transfer private property to another private property owner via its eminent domain power.

Ten years later, the Kelo neighborhood taken for “economic development” is, in fact, a barren field. No development ever took place—family homes lost for no reason. The plans the government had failed to ever materialize.

Sound familiar?  It may have to Judge Mendez, who carefully deliberated on the Birnbaum case before changing his mind.  Ultimately, his ruling recognized that economic development can be a public use, according to the Supreme Court’s flawed Kelo decision. But, the government’s plan for economic use must actually appear likely to occur. Here, the government’s plan did not.

The Supreme Court got Kelo wrong.  Kudos to Judge Mendez for getting this case right.