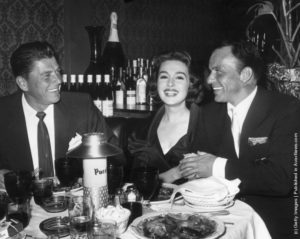 They knew how to enjoy liberty.

Before Ronald Reagan became an elected public official, he served as President of the Screen Actors Guild and became good friends with Frank Sinatra.

Not many years after striking up that friendship, Reagan knew a time for choosing had arisen because big government and the Constitution had become strangers in the night. Something had to give and—despite knowing that fools rush in where angels fear to tread—Reagan ran and won the Governor’s office in California. The citizens of the state of California sang in unison: goody goody!

And as we all know, Reagan did it his way in Sacramento and then, ultimately, in Washington, D.C. Reagan’s gubernatorial tenure in Sacramento began the beguine between Pacific Legal Foundation and Lady Liberty. I could write a book about all the positive ways that Reagan influenced PLF.

For more than forty years, when the government does something stupid, PLF is there with its pocketful of miracles to put a stop to it. And as time goes by, PLF continues to get under the skin of government bureaucrats who overreach their constitutional authority. Simply put: the best is yet to come. 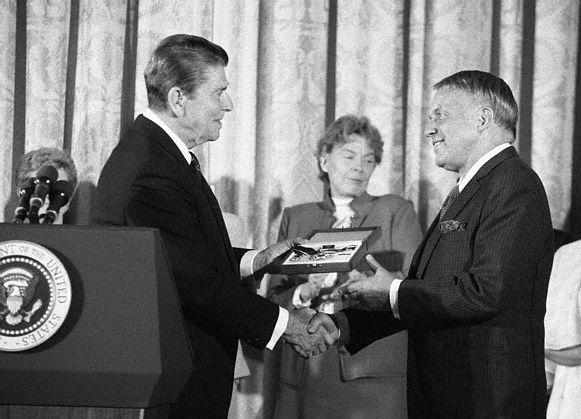 When a property owner wants to build their dream on the sunny side of the street, or their street of dreams, and the government wants to stomp on those plans, PLF blows in like the summer wind to fight big government. Night and day, PLF will offer nothing but our best in the state and federal courts of America, the beautiful, on behalf of our clients. If the government infringes your liberty, you’re gonna hear from us. We fight for property rights, for economic liberty, for school choice, for due process, for freedom, and most of all for Americans because you’re the top.

In case you haven’t figured it out by now, this post pays homage to Ol’ Blue Eyes, who would have turned 100 years old today if he had lived so long. Today’s politics shows us that there will never be another Reagan, and we will never see the likes of The Voice again, either.

if you’ve read this far, then I encourage you to take a few minutes and watch a portion of an old Sinatra roast featuring Ronald Reagan from the mid-70s. In it, Reagan says that in deciding which politician should speak at the roast, the planners considered inviting Reagan or (then and now) California Governor Jerry Brown. Reagan’s explanation for why they chose the Gipper:  “I lost.”