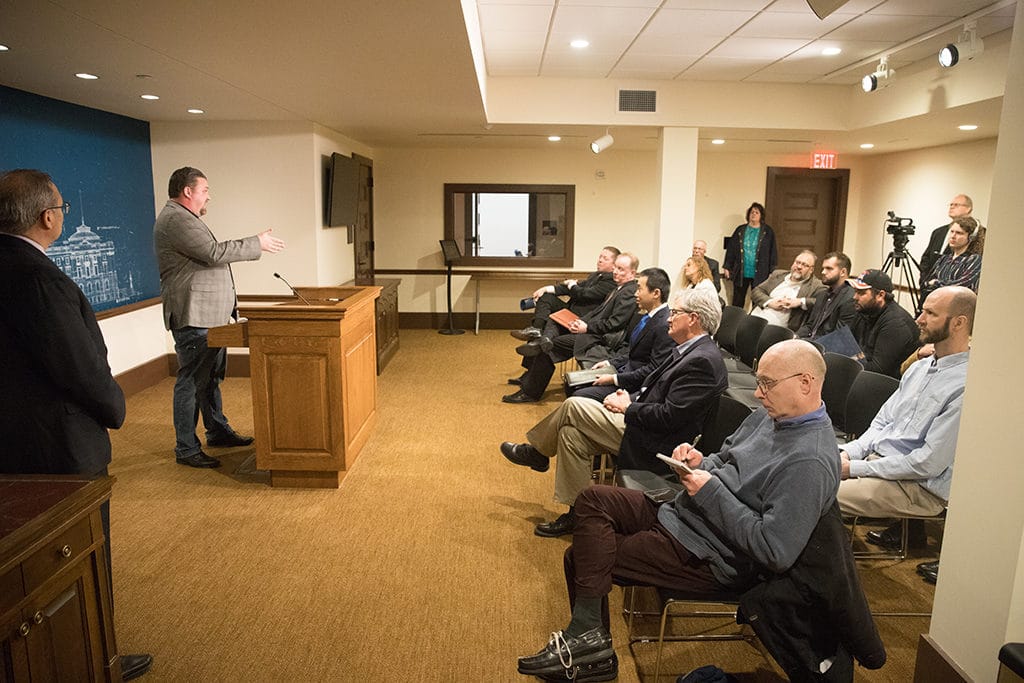 Minneapolis; March 12, 2019: A Twin Cities electrical contractor hopes to put an end to a questionable union-rigged contract scheme that forces employers to pay unions and hire workers from the union to secure government contracts.

Matt Bergmann, CEO of Laketown Electric Corp., an electrical contractor and engineering firm, is challenging the Minneapolis School District’s Project Labor Agreement—a pre-hire agreement that he says has squeezed his company out of school district projects for the past 15 years. Stifling competition through union cronyism also drives up costs to taxpayers by millions of dollars each year.

“My employees are being denied opportunities just because they choose to work for a non-union company,” Bergmann said. “We shouldn’t be forced to choose between doing excellent work for Minnesota taxpayers and doing what’s best for our employees.”

Joined by the Minnesota–North Dakota chapter of Associated Builders and Contractors, Bergmann has asked a federal court to overturn the school district’s PLA, so construction projects go to the most qualified bidder rather than their political allies.

“More than 70 percent of hardworking Minnesotans choose not to join a union, yet these same workers are punished by unfair labor arrangements like this PLA,” said PLF attorney Wen Fa. “The Supreme Court said in Janus that this unfair cronyism is unlawful. We look forward to leveling the playing field for Minnesota workers and taxpayers alike.”