Blog > Rooked for a rookery? Another takings case in Florida

Rooked for a rookery? Another takings case in Florida 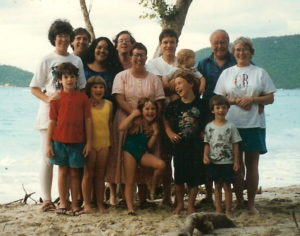 The Miami Daily Business Review, “your leading source of daily legal and business news in South Florida,”* recently published a PLF op-ed about our Ganson v. City of Marathon case. The piece, titled Family That Was Rooked for a Rookery Asks for Help From Supreme Court, explains that Monroe County in Florida, along with the City of Marathon, have taken our clients’ property—a nine-acre piece situated in the beautiful Florida Keys—unconstitutionally without just compensation. The piece describes the wrongdoing in its introduction:

Merriam-Webster defines the word as “a breeding ground or haunt especially of gregarious birds.”

Many people who enjoy the sounds of nature might like the idea of birds alighting in their trees and filling the air with melody. But how many people would willingly surrender the use of their property so it could serve as a government-designated rookery — without a penny in compensation?

The late Gordon and Molly Beyer were victims of precisely this injustice. Decades ago, they purchased Bamboo Key, a 9-acre island in the Florida Keys off the city of Marathon, with a dream of building a home for retirement and where their family could gather for generations to come.

When they bought the island, the existing zoning regulations permitted their homebuilding plan. But before long, local officials yanked the rug out from under them. A series of tight land-use restrictions were enacted, culminating in a ban on any and all construction — so that the island could serve as a bird rookery.

Government officials were generous enough to let the Beyers keep title to their property — and keep paying taxes on it. But the family was denied all use of it — other than as a site for temporary camping.

In other words, they were forced to become unpaid proprietors of a bird sanctuary.

The piece, co-written by yours truly and PLF law clerk Katie Duke, goes on to explain that neither the county nor the city paid the Beyers a penny for the taking. That refusal flatly violates the Fifth Amendment’s Just Compensation Clause, but until now the courts of Florida have refused to declare the taking unconstitutional despite the excellent work of the family’s attorney, Andrew Tobin. You can read the whole thing here.

Because of the lower courts’ failure to right this wrong, PLF has teamed up with Mr. Tobin to take the case to the Florida Supreme Court. We filed our jurisdictional brief late last month and anxiously await the response from the government. Should the highest court in Florida allow this injustice to stand, we will take the case to the Supreme Court of the United States.