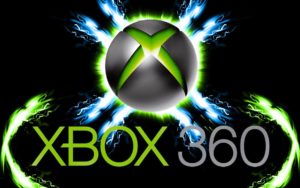 The Supreme Court this morning put the kibosh on a tactic by counsel for purported class actions to evade the final judgment rule. In Microsoft v. Baker, involving an alleged design defect in Xbox game consoles, class certification was denied, and the plaintiff voluntarily dismissed his case with prejudice, for the sole purpose of jumping straight to the Ninth Circuit to challenge the certification denial. The Ninth Circuit allowed this appeal of the interlocutory order and today the Supreme Court reversed that decision, rejecting the end-run around the statute that sets the rules for when a plaintiff can appeal. Justice Ginsburg’s majority opinion unequivocably holds that the plaintiffs’ attempts to appeal as of right from class certification denial orders “subverts the final-judgment rule and the process Congress has established for refining that rule and for determining when nonfinal orders may be immediately appealed.”

The decision rests on two bases. First, the Court’s 1978 unanimous decision in Coopers & Lybrand v. Livesay rejected the “death-knell” doctrine – that is, a plaintiff’s claim that inability to appeal denial of class certification would effectively end the case. Second, Federal Rule of Civil Procedure 23(f), adopted in response to Livesay, gives an appellate court discretionary authority to permit an interlocutory appeal – and the Ninth Circuit had denied the request in this case. Rule 23(f) operates to avoid the “death-knell” in individual cases where certification turns on a novel or unsettled question of law, or if the certification decision was likely dispositive of the litigation, while guarding against the abuse of the appellate process that would occur if every certification denial could be immediately appealed.

The Court’s decision relies on many of the policy reasons described by PLF in its amicus brief filed in this case. The Court was particularly concerned that permitting interlocutory appeals as of right would encourage “plaintiffs with weak merits claims” to pursue an appeal, “mindful that class certification often leads to a hefty settlement”  and that plaintiffs alone could determine whether and when to appeal, even though defendants also may have compelling reasons to challenge class certification.

The majority opinion for the Court did not reach the question as to whether a plaintiff who voluntarily dismisses with prejudice retains Article III standing to appeal. However, Justice Thomas, joined by Chief Justice Roberts and Justice Alito, filed an opinion that would have held that the plaintiff in this case could not appeal because the Ninth Circuit lacked jurisdiction under Article III. Once the plaintiff dismissed with prejudice, there was no case or controversy remaining. Justice Thomas rejected the notion that class allegations themselves rise to the level of a case or controversy, noting that those “allegations are simply the means of invoking a procedural mechanism that enables a plaintiff to litigate his individual claims on behalf of a class.” Justice Gorsuch did not participate in the decision.