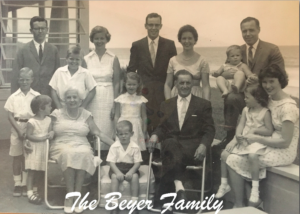 Gordon and Molly Beyer were lifelong sweethearts. Gordon, a Korean War veteran and U.S. Marine, dedicated his life to his country, serving in the U.S. diplomatic corps after his discharge from the Marines. Molly, a teacher, followed Gordon all over the world from post to post. Gordon and Molly raised three children along the way—Theresa, Hugh, and Thomas. President Jimmy Carter ultimately appointed Gordon to serve our nation as U.S. Ambassador to Uganda. Gordon served in that ambassador’s role for both President Carter and President Ronald Reagan.

Before this presidential appointment, Gordon and Molly purchased an undeveloped, approximately nine-acre island in Monroe County, Florida, known as Bamboo Key, for $55,000. Like many members of that generation, the Beyers bought this land in Florida with a hope to one day have a residence in the Sunshine State. Unfortunately, the government had other ideas. 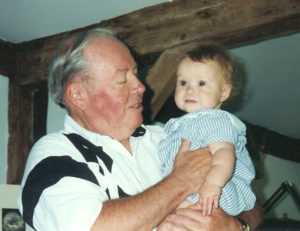 When they bought the island, the zoning rules in place permitted their plans.  However, Monroe County later designated the island as a bird preserve, or “rookery,” and prohibited anything from being built on it. The Beyers were told they could use their property only as a camp site, and they were given a kind of “transferrable development right” (TDR), called “rate-of-growth points,” that the government told the Beyers they could sell on the open market in the Keys. But, as the government knows, these TDRs, or “points,” have basically no value in the Keys, as its very difficult to build anywhere in light of environmental restrictions and the development already in place.

The City of Marathon later incorporated, Bamboo Key fell within its jurisdiction, and Marathon’s city officials kept these same Monroe County-placed restrictions in place on the island. Gordon and Molly first sued Monroe County for this uncompensated taking of their property more than two decades ago, and then Marathon became involved in the litigation after it incorporated.

After twenty years of litigation, Gordon and Molly’s children are now seeking relief from the Supreme Court of the United States with the help of Pacific Legal Foundation. The children took over because Gordon and Molly passed away after the litigation began, and their children knew they had to carry forward their parents’ fight. In their petition for certiorari and reply brief, the latter of which was docketed this week at the High Court, Tom Beyer, his brother Hugh, and his sister Teresa are represented free of charge by PLF. 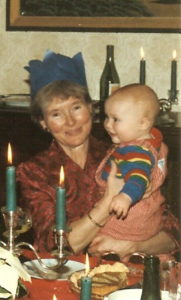 Their petition to the Supreme Court comes after Florida’s Third District Court of Appeal ruled against the family, 2-1, and the Florida Supreme Court declined review. The appellate court held that the government did not unconstitutionally take their property because the “points” could in theory allow for possible sale towards development somewhere else in the Florida Keys, and they retained “primitive camping rights.” Judge Frank Shepherd, who dissented from the full Third District’s decision not to rehear the case en banc, labeled the court’s ruling, “for the birds,” because the Beyers are being unlawfully forced “to suffer significant economic injuries.”

With the briefing complete in the case, the justices will consider the case for review on the merits in mid-January. We look forward to their decision and anticipate they will set the case for oral argument later in 2018.