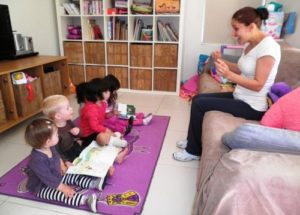 Is she a public employee?

The Supreme Court often prefers that issues “percolate” in the lower courts for some time so that Circuit court and state supreme court judges have an opportunity to address all facets and implications of the arguments prior to high court review. It ensures that the arguments and theories in cases granted by the Supreme Court are fully developed. Today, the Court denied certiorari in Jarvis v. Cuomo, presumably to allow more “percolation.”

The case involves New York laws and regulations that deem family daycare providers (individuals who operate daycare businesses in their homes) to be “public employees” and requires a union to be the daycare providers’ exclusive representative for bargaining with (e.g., lobbying) the state over daycare regulations and policies. The National Right to Work Legal Defense Foundation has filed cases raising this issue in several circuits, alleging that mandatory exclusive representation violates the daycare providers’ First Amendment rights to freedom of association and speech. Decisions upholding the laws give a green light to unions and politicians to collude to benefit the unions at the expense of individual workers and citizens, who have basic, fundamental rights to speak and petition the government. This is an issue of growing national importance as states increasingly require in-home care workers to be subject to exclusive representation laws solely for the purpose of enhancing union power through collective bargaining.

PLF, together with the Goldwater Institute, Fairness Center, Pioneer Institute, and Empire Center, filed an amicus brief supporting the petition, arguing that Americans cannot be compelled to speak or associate, or petition the government, against their wishes. Although today’s denial is disappointing, National Right to Work attorneys have many other cases in the pipeline, raising the same issue. For example, the Seventh Circuit will be hearing oral argument in Janus v. AFSCME this Wednesday. The political and self-interested nature of the public-sector union’s collective bargaining, exclusively and on behalf of workers who explicitly decline to join the union, raises a significant issue of constitutional dimension, with nationwide import, that deserves resolution by our nation’s highest court. It’s just a matter of time.