Teaching the teachers about the First Amendment 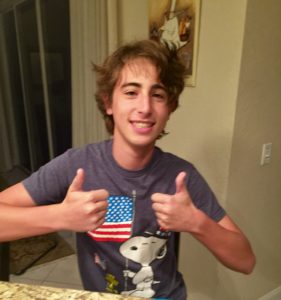 Following a warning letter from Pacific Legal Foundation, today officials at Vero Beach High School and the Indian River County School Board have finally withdrawn all punishment of student J.P. Krause – a rising senior whom they unlawfully penalized for the “offense” of delivering a tongue-in-cheek speech in his successful candidacy for student body president. Last week, they withdrew their order disqualifying him from serving in the post that he won by a landslide. Today, they announced that they will also rescind their finding that his harmless, humorous speech somehow violated the school’s anti-harassment policy.

A rising senior, J.P.’s classmates in Advanced Placement U.S. History encouraged him to give an impromptu speech in support of his candidacy. With his teacher’s approval, he delivered some lighthearted remarks in the classroom presenting an obviously fictional, comedic contrast between himself and his opponent. For instance, he suggested he was the candidate of liberty and he supported building a President Trump-like wall between Vero Beach High School and its archrival high school (and making the other school pay for it); while his opponent favored that rival school, and supported higher taxes to boot.

J.P. went on to win the election, but lost his First Amendment rights. Without any notice, school officials summarily disqualified him and imposed a detention, on the grounds that his speech somehow violated the school’s anti-harassment policy. This punishment also went on his record.

On J.P.’s behalf, PLF wrote to school officials calling on them to withdraw their unjustified punishment and reinstate him as senior class president, because their actions violated the First Amendment.

Two weeks later, after national and even international media focused on the outlandishness of the school’s conduct, the school administration finally came to its senses. J.P. did nothing wrong, and he didn’t deserve any kind of punishment for engaging in some light-hearted campaign rhetoric. In fact, as the Supreme Court has clearly stated, students’ ability to speak their minds, including in a tongue-in-cheek way, is protected by the First Amendment. To be sure, an exception exists when the student speech truly threatens the orderly operation, but that was not remotely the case here. This episode should serve as a teaching moment for school officials around the country: the guarantees and protections of the First Amendment do not stop at the public schoolyard gate.

Congratulations, J.P. Krause, for standing up for yourself and teaching the teachers about the First Amendment. Now, start studying for your senior year. Make it count.