The Daily Caller: The new champion of private property rights is … Barack Obama? 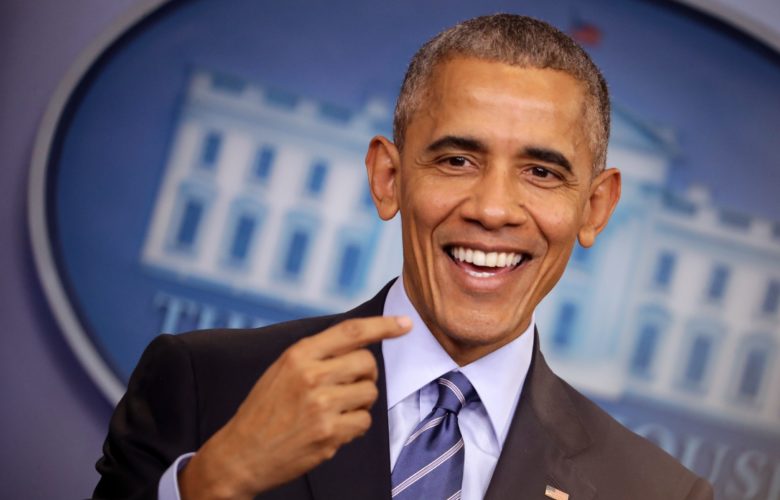 According to recent media reports, former President Barack Obama and his longtime colleague Marty Nesbitt want a 100-year-old sea wall rebuilt and fortified to protect a planned Hawaii retreat for both of them.

Cue the objections from Obama’s critics — but in this case, the critics are many of the former president’s avid supporters in the environmental movement, who argue that Obama and Nesbit are exploiting loopholes to get around regulations aimed at protecting the beachfront.

Obama appears to see the matter differently. He deems the site quite “fit for habitation,” contra his environmentalist opponents. Reasonably enough, Obama is not interested in seeing his planned home in paradise fall into the Pacific. So let’s give credit where credit is due: it is nice to have Obama’s support for private property rights, even if it’s only in a case where it benefits him directly.

This planned sea wall refurbishment would protect a large, three-acre piece of land along the coast of the island of Oahu that is battered by ocean waves night and day. Obama and Nesbitt plan to build three homes on the estate, with one of those homes — according to reports — set aside for Obama and his family.

Without the sea wall, the Pacific Ocean will infiltrate the property and erode it, ultimately bringing it crashing into the sea. But with the sea wall, Obama can protect the property — which millions of people saw in the 1980s sun-soaked Tom Selleck television show Magnum, P.I. — for the longer term.

Maintaining the right to build a seawall or other protective device for homes along the coast can mean the difference between preserving the homes or having them fall into the sea during the next storm. Of course, a sea wall won’t solve the problem of sea-level rise. At best, it will only slow the impact of the ocean’s rising tide.

Still, it’s Obama’s right to protect his property, thanks to the Constitution. Of course, we might wish that Obama had been as vigilant about property rights when he was in public office, given his administration’s rather shoddy record of aggressive and arbitrary regulatory enforcement against landowners. Still, better later than never, one supposes.

The fundamental issue here is that a government built upon the foundational right to own property must not get in the way of property owners protecting their property. The Fifth Amendment to the Constitution demands nothing less.

For this reason, those who value property rights should rejoice in the fact that Hawaii public officials approved the preliminary steps taken to put Obama and Nesbitt in a position to restore the sea wall and the property. Although that is encouraging news, there is more red tape to cut if the sea wall rehabilitation is to move forward, including a requirement that they seek a permit for the improvement of the sea wall itself.

Unsurprisingly, opponents of private property do not like that idea. In a piece opposed to the sea wall titled, Obama and the Beach House Loopholes, Pro Publica reported that although Hawaii land-use officials generally have approved similar sea wall rehabilitation requests over the last 20 years, environmentalists want Hawaii to deny Obama’s sea wall permit. Sea walls like this one allow for “irresponsible development,” as geologist Chip Fletcher explained in the report.

Fletcher appears to have decided the property is no longer fit for habitation, and letting this valuable property fall into the sea is “responsible,” whereas Obama’s plan to live on the property with his family, and thus protect it with a rehabbed sea wall, is “irresponsible.” It’s hard to imagine a clearer, more succinct distillation of the upside-down world of the strident environmentalist movement.

We might hope that Obama will use this dispute as an opportunity for a teaching moment, speaking out in favor of private property rights as a key liberty protected in the Constitution. Those of us who have been fighting to protect property owners’ constitutional rights over the years would welcome the former president’s support — even if it comes a little later than we might have hoped.

This op-ed was originally published by The Daily Caller on September 10, 2020.